Watchdog Group EXPOSES Terrifying Truth About Terrorists On OUR Border – Was Trump RIGHT!?

Illegal immigration and the complete lack of border security around our Southern border are not merely problems that affect the culture and livelihoods of everyday Americans, it affects the safety of our nation. Terrorists can (and likely do) use this porous border to enter America and one watchdog group has announced that a terrorist is coming-and-going with great ease thanks to this porous border.[1] 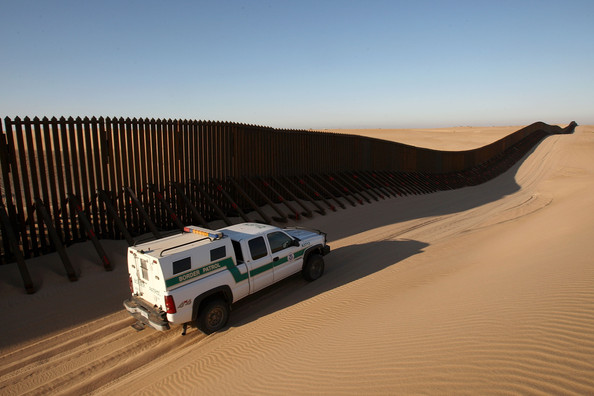 An unnamed high-ranking source in the Department of Homeland Security claimed that Mexican drug traffickers have been helping Islamic State group terrorists on the border cross into the United States so as to stake out potential targets for a future terrorist attack.

According to Judicial Watch, the source identified an especially threatening militant, reportedly a Kuwaiti man named Shaykh Mahmood Omar Khabir, who frequently travels to America with the assistance of drug traffickers.

The 52-year-old was ordered to leave Kuwait about 10 years ago due to his extremist positions. He now reportedly operates a base near the border and “trains thousands of men — mostly Syrians and Yemenis — to fight.”

Moreover, the militant has been known to brag that the border is so porous that he “could get in with a handful of men, and kill thousands of people in Texas or in Arizona in the space of a few hours.”

… Mind you, this is not the first time that Judicial Watch has issued shocking claims about the Islamic State group’s presence along the border.

In early 2015, it pinpointed a terrorist base a few miles from El Paso. A few months later, Judicial Watch claimed that Mexican drug traffickers were smuggling terrorists into a small rural town near El Paso.

But the fact that these militants haven’t committed a terrorist attack yet doesn’t disprove these reports. What it does tell us is that the Islamic State group is taking its time and being methodological in its efforts, meaning in turn that when it does finally strike, a lot of people will be in shock, awe and, sadly, pain.

When will Americans wise-up and realize that strict border security is an absolute essential?

The left and centrist right pretend that it’s an unsolvable problem. However, prisons erect walls and they seem to do the job just fine.

The point? It can be done. We can erect a wall and patrol it and greatly limit (if not eliminate) illegal immigration and the terrorists that exploit our insane immigration policies (or lack thereof).