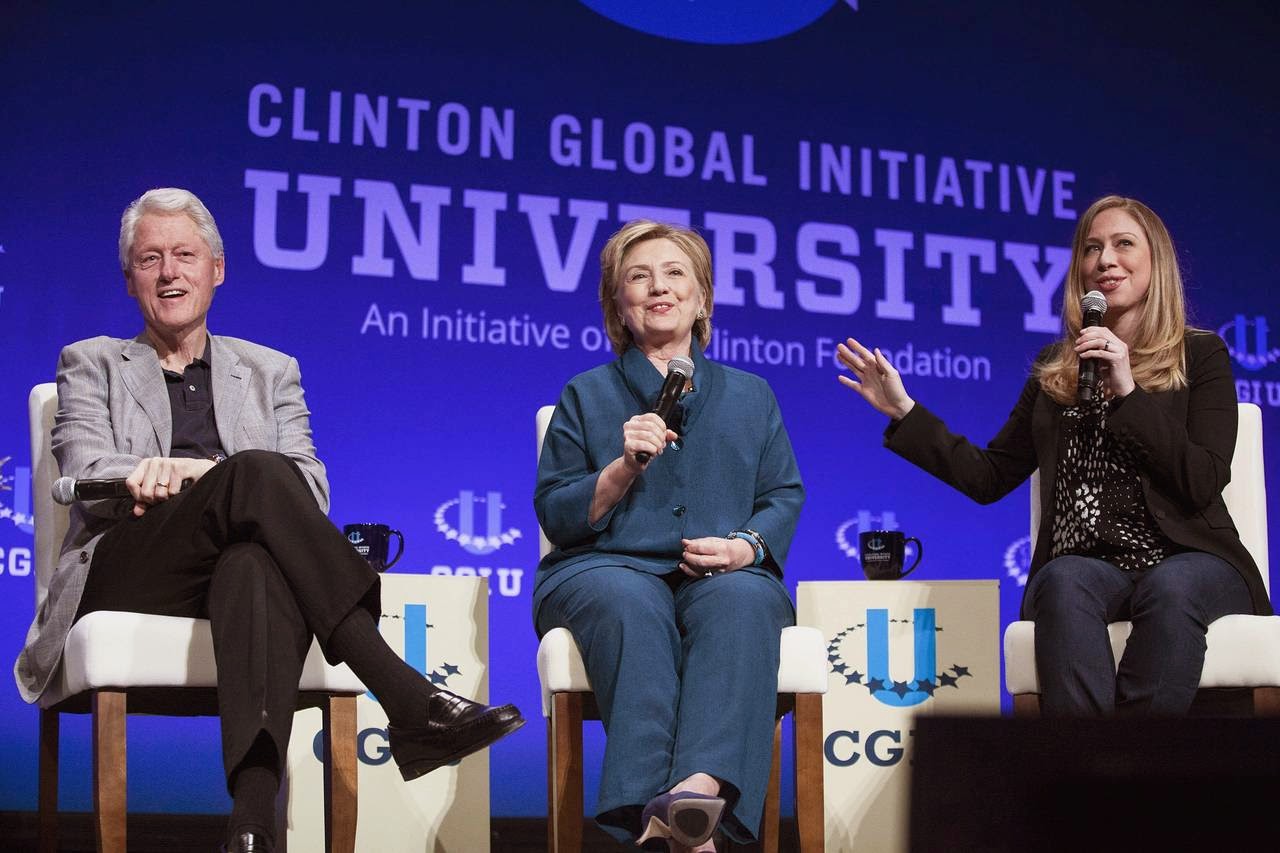 I think the most brazenly outrageous thing Hillary Clinton has ever done in her public life, more questionable than having her own private server for her emails, is to collect money from foreign countries while she’s secretary of state. Besides being plain sleazy and unseemly, it’s also a massive conflict of interest. “Oh thank you, Madam Secretary!” “No problem Mr. Ambassador. As soon as the check clears, consider it done!” See what I mean?

Wall StreetJournal[1] the board of the Bill, Hillary and Chelsea Clinton Foundation has decided to continue accepting donations from foreign governments, primarily from six countries, even though Hillary Clinton[2] is running for president, a summary of the new policy to be released Thursday shows.

The rules would permit donations from Australia, Canada, Germany, the Netherlands, Norway and the U.K.—countries that support or have supported Clinton Foundation programs on health, poverty and climate change, according to the summary.

That means other nations would be prohibited from making large donations to the foundation. But those governments would be allowed to participate in the Clinton Global Initiative, a subsidiary of the foundation where companies, nonprofit groups and government officials work on solutions to global problems.

The new policy, which was designed to address growing concern that the donations would present a conflict of interest for a Hillary Clinton presidency, all but ensures that Mrs. Clinton’s links to the charity will be a feature of the emerging presidential campaign.

The campaign did not immediately respond to a request for comment. Last month, when asked about foreign contributions, Mrs. Clinton said she was “very proud of the work the foundation does” and noted that there are “hundreds of thousands of people who support the work of the foundation.”

The limits are meant to strike a balance between protecting existing programs while shielding the foundation and Mrs. Clinton from charges that foreign governments are buying influence through their donations, a person familiar with the foundation’s deliberations said. The foundation will begin to release donor names quarterly starting in July. Previously the names were released annually.