Sarah Palin is reportedly announcing which GOP Presidential candidate[1] she will be endorsing later today…but recent tweets and posts to social media have the people wondering if they were wrong on which candidate it would be… all along, and could there be more than just one announcement to come… 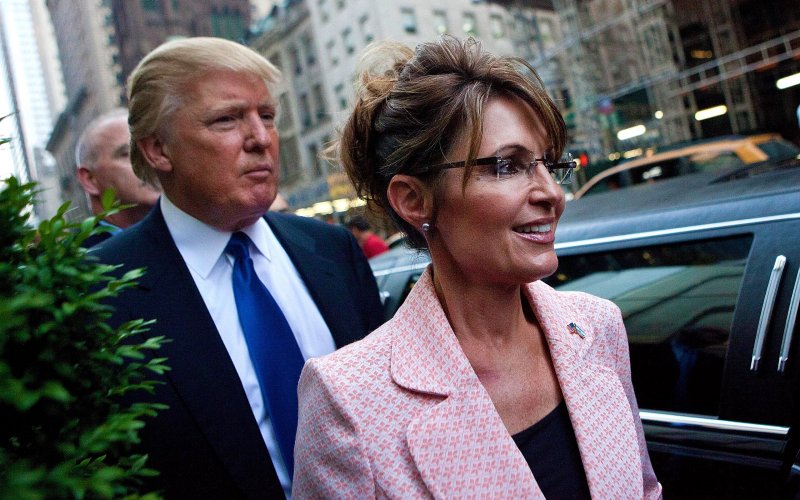 And the one she is rumored to get behind is shocking many, and causing one candidate’s campaign to preemptively lash out at her.

It all started with this these cryptic Donald Trump announcements on Sunday:

Big announcement in Ames, Iowa on Tuesday! You will not want to miss this rally! #Trump2016[3] https://t.co/J2wyAfXdlz[4] pic.twitter.com/lErVfowpMX[5]

Sources first presumed it might be Evangelical leader Jerry Falwell Jr., after the pastor’s glowing praise of Trump at his Liberty University speech on Monday. As Iowa radio host (and Cruz supporter) Steve Deace tweeted:

Multiple little birdies tell me Jerry Falwell, Jr. is going to endorse Trump for president and come to Iowa with him tomorrow.

With Ted Cruz counting on the Evangelical vote to take Iowa, this would be a big win for The Donald.

But then a new rumor started gaining traction, and quickly snowballed: Sarah Palin would fly down from Alaska to endorse the billionaire outsider for president.

Townhall’s Guy Benson breached the possibility, and then Deace chimed back in:

Pretty much everybody I know now believes Trump's special guest in Iowa tomorrow night is now going to be Sarah Palin.

Then some enterprising folks checked flight records and found something very interesting:

A private jet from Anchorage scheduled to Des Moines, then hopping over to Tulsa. Exactly mirroring Trump’s campaign itinerary. 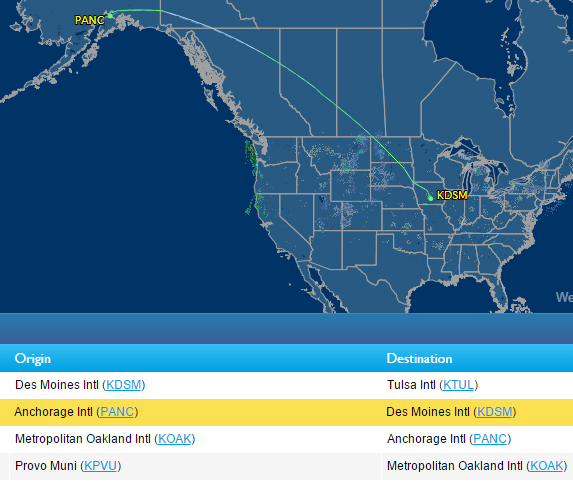 Whoever it is that Trump is going on about Endorsing him today, and if there is more than just one announcement he has up his sleeve, it’s going to happen sometime after 3pm -Iowa time, TODAY. Stay tuned…