A good general value in life is humility… And one man at a Philadelphia Soul game learned this lesson in a rather public way. While trying to show off for the “flex cam”, he was quite literally upstaged by a woman[1]. 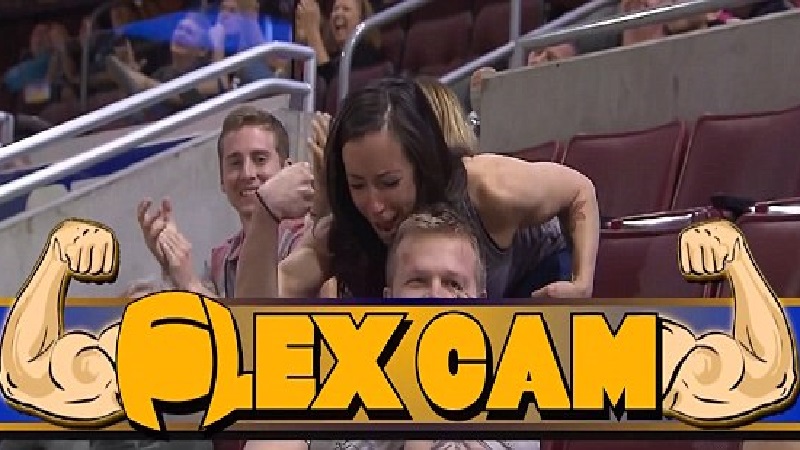 A woman strong-armed a man of his flexing title at a football game earlier this month.

During a ‘Flex Cam’ break at a Philadelphia Soul game on April 12 a woman proved that she had the biggest muscles in the room and maybe even the city.

Video of the unidentified woman’s robust display at the Arena Football League game has over 300,000 views on YouTube.

She can be seen seated and wearing a denim jacket and laughing when a man in front of her shows his chicken cutlet of a muscle.

The woman then makes the decision to stand up, remove her jacket and reveal her protruding muscles right in his face.

The man, feeling a bit defeated, then slumps back into his chair.

Never assume you’re the best in the room… Even when you’re at a Philadelphia Soul game. Of course, someone should probably have a talk with him about his apparent sexism. After all, there’s no shame in being schooled by a body building woman with an attitude. Right?