How horrible of a human being do you have to be to target someone’s paraplegia in a campaign ad? Wendy Davis, famous only for her 13-hour filibuster for abortion rights, recently used an empty wheelchair to do just that, proving yet again that class is beneath her[1]. 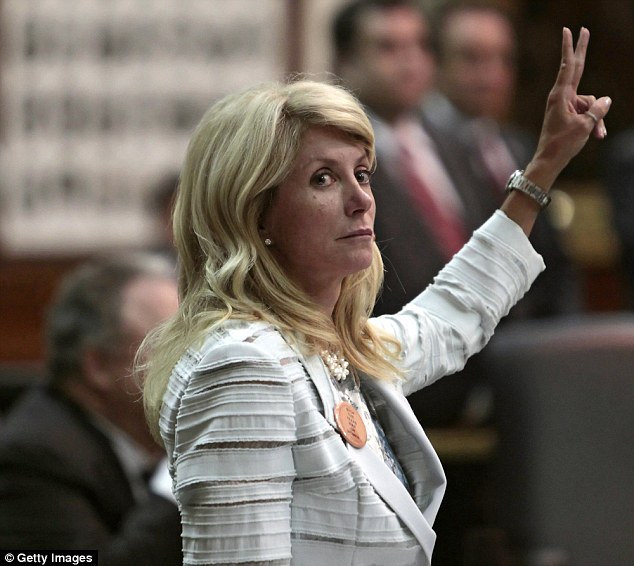 ‘A tree fell on Greg Abbott. He sued and got millions,’ the ad’s narrator says. ‘Since then, he’s spent his career working against other victims.’

‘Abbott argued a woman whose leg was amputated was not disabled because she had an artificial limb,’ the ad alleges. ‘He ruled against a rape victim who sued a corporation for failing to do a background check on a sexual predator. He sided with a hospital that failed to stop a dangerous surgeon who paralyzed patients.’

Abbott’s campaign fired at Davis, a state senator, with both barrels after the ad went viral for all the wrong reasons.

‘It is challenging to find language strong enough to condemn Sen. Davis’ disgusting television ad, which represents a historic low for someone seeking to represent Texans,’ the campaign’s deputy communications director, Amelia Chasse, said in a statement.

‘Sen. Davis’ ad shows a disturbing lack of judgment from a desperate politician,’ she said, ‘and completely disqualifies her from seeking higher office in Texas.’

Watch the offending ad below:

Common decency is apparently running quite thin over in the Davis camp. Even if Abbot did do all of the things that are being alleged in this ad, that’s no reason to poke fun at his wheelchair. I wonder how the Abortion Barbie would feel if Abbot showed murdered babies in his attack ads.