She Went for a Jog… Moments Later She Looked Like THIS. The Reason Why? ALERT

Two cousins 19-yr old Isabella George and 20-year-old Rebekah Forgey had decided they would head out on a jog along a country road in their hometown. What happened next, is something that will forever have them thinking twice [1]about ever doing it again… 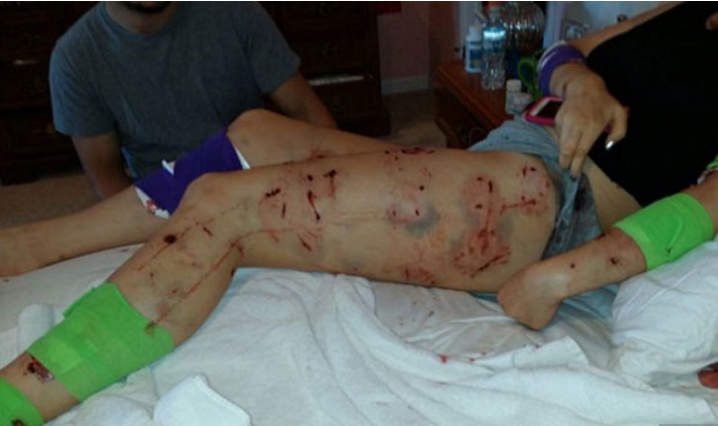 After realizing the dogs’ intentions, the two women raced across a field toward home.

But the dogs chased them down and tackled the women to the ground. Then the pit bulls started tearing away at the young women’s flesh.

Forgey is missing more than 75 percent of her scalp and muscles were ripped from her leg.

Despite the injuries, she is in stable condition in intensive care. But she’ll need muscle and skin grafts and will NEVER be able to regrow her hair.

George fared better. She is recovering at home with puncture wounds and large bruises all over her body.

The dog’s owner Richard Darter, 50, tried to stop the attack but ended up as dog food too.

The victims and owner were only rescued when a motorist saw what the dogs were doing in the field. She drove in and scattered the animals then hauled the victims into her truck.

The heroic woman was called a “godsend” for rescuing these people.

The dogs were caught the next day. One was shot dead by police and the other three were euthanized.

Wow, this is terrifying! I can not imagine being in such a situation! The dogs had no loyalty even to their human, and that is even more frightening. Thank goodness, this good samaritan showed up just in time! 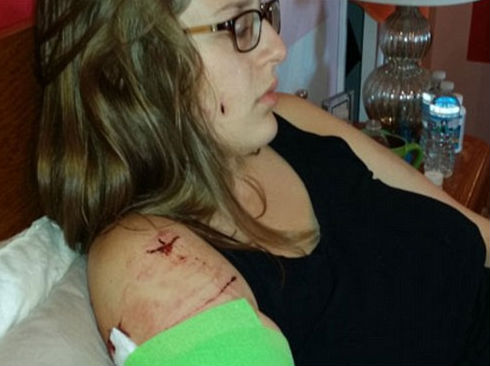