What Hillary Just Said on Camera Could Cost Her the Election…

Lies, and more lies… This time, I feel so embarrassed for her[1]! Hillary just got fact checked on something she said, and the results are in… 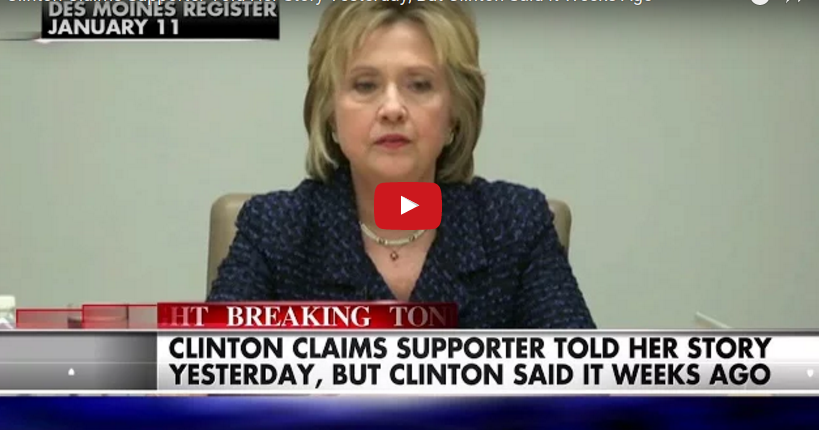 On Sunday, Clinton gave an anecdote about one of her supporters who she claimed she met the day before, a man in Des Moines. Apparently this man told her a helpful analogy about the email case. She recounted the story to a local Iowa TV station WHO-DM.

“The best explanation I heard of this I heard yesterday in Des Moines from a man I was shaking hands with. He said, ‘This is like you drive through the same intersection for four years and the speed limit is 35. Then you move out of town and they change the speed limit to 25. And then they start sending tickets,” said Clinton, who has insisted that any top secret emails found on her private server were classified as such long after she saw them.

Some noted that the speed limit story sounded familiar. Despite saying she was told the story the day before, she gave almost the exact same anecdote three weeks previously.

She said, “You know it’d be like somebody in the Department of Transportation setting speed limits … let’s say the speed limit was 35. And then retroactively the police say that speed limit should’ve been 25, so let’s go back and look at anybody who drove down that road and exceeded 25.”

“Hillary Clinton is getting quite the reputation of being a pathological liar,” wrote Robert Rich on Mad World News. “Unfortunately for her, she just got smacked with the truth as her latest big lie was brought to light a single day before the Iowa caucus – and it could cost her some serious votes.”

She made up the existence of an entire human being from Des Moines…she even shook this imaginary man’s hand…as he spoke to her. Is there a rehab for liars? This is bad….