‘What Is Coming Is a Christian Holocaust’, Beck admonishes not to ‘play politics’ with Mid-East Crisis

ISIS, Al-Qaeda, Boko Haram and other terrorist groups have been laying siege to the Middle East and Northern Africa for the last several years.  During that time, they have been killing men, women and children who ascribe to the Christian faith.  Glenn Beck thinks that the violence is only going to increase, and that a Christian Holocaust is in the making, should we not do something about it. [1] 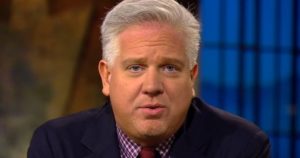 “Glenn Beck on Wednesday said he believes there will be a “Christian holocaust” in the Middle East unless Americans do something to stop it.

“We said we would never let the world fall into this darkness again,” Beck said on his television program. “And yet here we stand.”

Beck said people “failed to listen to people like George Clooney on the Sudan” because “we wanted to make it about politics.”

“And I’m not saying us, per se,” Beck said, noting that he once asked Clooney what he and his audience could do to help. “[But it] never happened because people want to play politics. Let’s not, what do you say?”

Beck spoke with Jacqueline and Yvette Isaac whose nonprofit organization Roads of Success has delivered aid to those being persecuted in the Middle East. In particular, they are helping girls who have been kidnapped, raped and tortured by the Islamic State and either managed to escape or were left for dead.

“They’re afraid to live another day. They don’t know what’s going to happen next,” Jacqueline said. “[The Islamic State doesn’t] want to kill. They want to destroy and then kill. These people are the devil in flesh.”

Jacqueline’s mother Yvette said the Islamic State will go door to door in Christian areas, burning down houses or killing parents in front of their children.

“It’s our calling to be the voice to the voiceless,” Jacqueline said. “We’re the eyewitnesses. We’ve chosen to go there to see the needs of the people and to come back and share it.”

Jacqueline said there is hope even in the most horrific situations. She said the Kurdistan regional government has taken care of countless people fleeing the persecution of the Islamic State, and the victims themselves “are a light.”

“Imagine losing your parents, going up this mountain for nine days without food or water, surviving and then smiling after all that, dreaming of a future after all that,” she said. “I wish we were that brave.”

Whether Beck is right or not, the situation in the Middle East is certainly out of control, with large portions of countries in control of extremists.  Northern Iraq, Syria, Yemen and others have been plunged into chaos and no end is in sight.  Let’s certainly hope that the violence is stemmed soon.