Someone needs to inform the Progressive Liberals[1] that sometimes in life, it is critical that they look at things as they are in reality instead of through rose colored glasses…especially in times when it could very well be a LIFE OR DEATH situation where you MUST recognize wickedness, as wrong..and stop blurring the lines between good an evil in the name of TOLERANCE. THIS is in fact, one of those times. 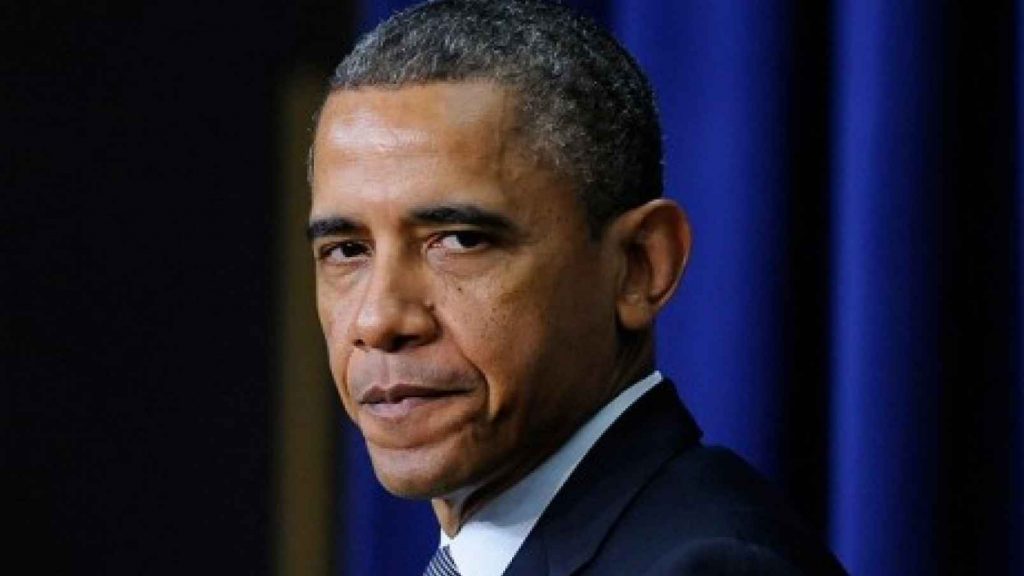 Look, I know some of you out there STILL fawn all over President Barack Obama. However, at some point there has to be a realization that this is a failure — unless you absolutely place your liberal progressive ideology over the security of the United States, and the world.

I truly care little about progressive socialists hating me but there’s a truth you all must face: Obama has lied and many people across the world are dying. We’ve heard the spin explanation about ISIS being contained, a jayvee team, al-Qaida on the run, and we cannot say Islamic terrorism or jihadism, and we’re not at war with Islam — regardless of what the enemy states.

Now, we have more news that should concern every American — unless your emotions and love affair with the cult of personality of Obama and liberal progressivism consumes your very existence.

As reported by the Washington Examiner, “Iran’s stockpile of low-enriched uranium has grown in the past three months, the United Nations nuclear watchdog reported on Wednesday.

The stockpile is supposed to be slashed as a result of the agreement the regime reached this summer with the United States and other world powers. According to the confidential report, recounted by Reuters, “Iran had also moved centrifuges, machines that enrich uranium, at its Natanz and Fordow sites, the report by the International Atomic Energy Agency (IAEA) said. Under the deal with major powers reached in July, Iran is supposed to reduce the number of centrifuges it has in operation.”

The nuclear deal with Iran, which went through in the face of overwhelming opposition in the U.S. Congress, was touted as the crowning foreign policy achievement of the Obama administration.

Though the stockpile has grown, a diplomat told Reuters that it was part of a normal fluctuation, and Iran still has time to shrink the stockpile under the deal. Olli Heinonen, former deputy IAEA director general, told the Washington Examiner that even though they continue to enrich uranium, the Iranians should have no trouble meeting their obligation to reduce their stockpile in time. “They have two choices: Export it or dilute it,” he said. “If it’s a good quality material and you sell it cheap, you will find a client.”

Oh come on. Do any of you believe Iran can be trusted at this point? I know there’ll be spin meisters who will come out and say there’s nothing here of grave concern. But somehow I don’t think the world’s number one state sponsor of Islamic terrorism will not find a way to proliferate these materials to Hamas or Hezbollah.

Remember, this is the Iranian nuclear deal that we were threatened just had to happen because the only other alternative was war. And now it appears, according to King Abdullah in Jordan and Pope Francis, that we’re in World War III. Even former CIA Deputy Mike Morrell has stated this is a major conflict in our time. This is the Iranian deal that was so important to President Obama that he intimidated Senate Democrats to filibuster and not even allow it to come to the Senate floor for a vote.

President Obama has taken to the art of political demonizing to try and cajole support for Syrian refugees — displaced populations he created — in America.

However, yesterday there were reports of eight Syrians caught in Turkey and five in Honduras with fake documentation seeking entry into Germany and the United States respectively. But Obama instead wants to make inane comments that the GOP is afraid of three-year-old orphans. He claims GOP “rhetoric” is nothing more than a recruiting tool for ISIS.

No Mr. President, your abject weakness and reticence in facing this enemy is enticing. You sound like someone who has faded into a sort of dangerous delusional state where you cannot admit the reality before your eyes.

Far more unsettling is the sheer numbers of those who have sunk into this delusional state and fail to embrace the gravity of the situation we face. There is no more blame Bush excuses to be had, President Obama articulated that his foreign policy strategy was to “pivot from the Middle East” — and we now see the ramifications.

I get the whole “I am not George W. Bush” mantra and not wanting to appear to do anything resembling his predecessor. But reality must dictate a leader’s decision-making, not some internal personal dysfunction that clouds their judgement — which is what is unfolding in the case of President Obama. This is not about what he wants. This can no longer be about what he believes is a groundbreaking achievement — such as a nuclear deal with Iran.

The global security situation is declining at a rapid pace. You can say what you wish, but a stable and strong America is good for the global security atmosphere. When we create a void, it will be filled. It’s not about policing the world, but we must accept the mantle of leadership. This is what it looks like when we do not — allies are abandoned and confused, the enemy is emboldened. Only a somewhat deranged mind would wake up and say “my strategy is working” — certainly not someone who is taking daily security briefings — that is if they’re taking those briefings at all.

Folks, ok, I get it, the Obama love affair, but is that more important than your own life? I suppose you wouldn’t mind your loved ones losing their lives and being referred to by Obama as a “bump in the road” or a “setback,” would you?

I fear…that by the time many blind Obama loving Americans realize the reality of the security situation here in America..it will be too late. Evil is knocking at our door, and the wolf in sheep’s clothing that stands at the head is welcoming it in like it’s an honored guest.