When In Doubt, Blame Me:
An Argument for Anti-Stacyism

Who is to blame for today’s shooting at the Holocaust Museum[1]? As Michelle Malkin[2] and Donald Douglas[3] observe, many are rushing to blame “right-wingers.” But you guys are blameless, because it’s all my fault. 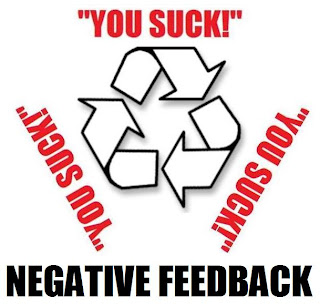 [4]Why? Because I suck[5], that’s why. Dan Collins was the first to connect the dots of this theory[6]. Not everyone gets my sense of humor, but a dark joke can shine light, as I more seriously explain at The American Spectator[7]:

Externalizing blame is a natural psychological defense mechanism by which the ego protects itself from the negative feedback that psychologists describe as cognitive dissonance. We all wish to think well of ourselves, but for most of us, this positive self-image is regularly challenged by evidence that (a) we aren’t as wonderful as we might like to think, and (b) others hold us in lower esteem than we would wish. . . .
[T]he man who imagines that “the Jews” are to blame for society’s ills cannot be persuaded by any contrary argument. The stubborn irrationality of the belief testifies to the important psychological function of the fallacy. . . .