When They Told This HS Football Coach To Stop Praying, He Spoke These 13 INCREDIBLE WORDS

Washington State football coach Joe Kennedy made the news recently for being banned from his practice of praying at the 50 yard line at the end of football games[1]. Despite being told to stand down from his personal practice of prayer…he followed his heart, and did what he KNEW he had to! 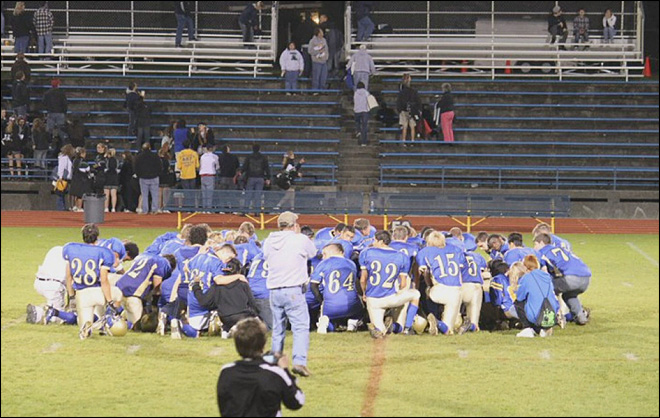 Now, Kennedy has directly challenged the ban by dropping his knee at the end of a game, anyway. Before the game, Kennedy told The Kitsap Sun: “I’m going to be bold in my faith, and fight the good fight.”

He then said: “It’s beyond humbling to have so much support. Whatever happens — happens.”

Kennedy, who is represented by the Liberty Institute, while already being warned by the Bremerton School District not to pray, also received a letter from the district just hours before the game in which he was told not to pray in his usual fashion after the game.

Coach Kennedy had prayed for years at midfield after being inspired by the faith-based football film Facing the Giants.

In the beginning, he just prayed by himself and not with students.

Liberty Institute attorney Hiram Sasser described to Fox News’ Todd Starnes how the scene after the game unfolded like a movie.

Kennedy dropped his knee at the 50 yard line and was even joined by the opposing team and a number of fans.

Sasser said: “It was an amazing, amazing time.”

Liberty Institute attorneys earlier wrote a letter to the school district, in which they stated:

No reasonable observer could conclude that a football coach who waits until the game is over and the players have left the field and then walks to mid-field to say a short, private, personal prayer is speaking on behalf of the state. Quite the opposite, Coach Kennedy is engaged in private religious expression upon which the state may not infringe. In fact, any attempt by Bremerton School District to ban or prohibit Coach Kennedy—or any private citizen—from praying violates the First Amendment.

Even if the Land of the Brave is being led by a Coward….it is good to witness, that the Brave are still untouched by his madness, and still willing to stand steadfast in their nation, under God. 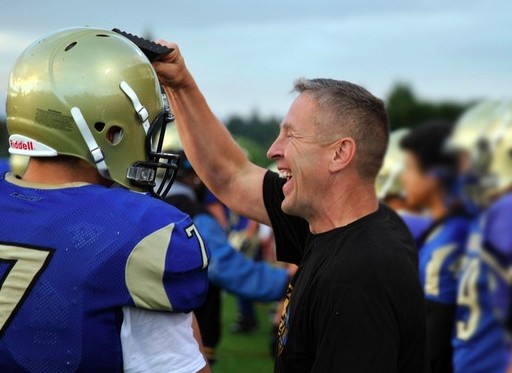