[VIDEO] Prayer Walk In Omaha For Peace In Black Community Ends In Violence…And Where is Sharpton?

Of all the silly, pointless things to happen. WeaselZippers[1] reports that a peaceful prayer rally turned into anything but – a fight that resulted in police being called, and a mother missing the place her daughter passed- just ridiculous: 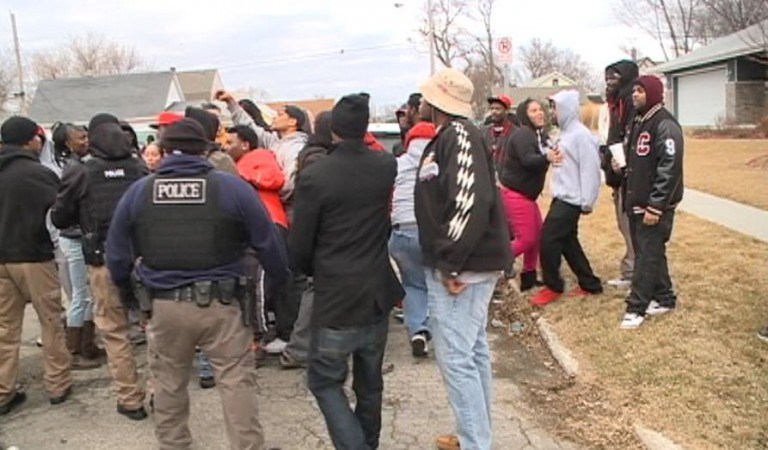 Disagreement over which T Shirt vendor to use.

Via Omaha Com
A peaceful prayer walk degenerated into shoving and shouting Sunday afternoon, as the weekend shooting deaths of three young people aroused anger, fear and suspicion among some of the participants.

Because of the “mayhem,” Clarice Jackson, the mother of victim Latecia J. Fox, wasn’t able to go to the spot where her daughter’s body lay Saturday morning.

“I wanted to see where my daughter took her last breath,” Jackson said. “When the altercation broke out, I was rushed off in the opposite direction — I didn’t get a chance to see the house.”

The trouble began, witnesses said, when a man said to be the father of victim Jakela Foster’s 1-year-old child began arguing with someone who he believed knew what happened early Saturday when Foster was killed.

“It just made me think about the night that this happened to my daughter,” Jackson said. “It left an imprint on my mind as to what she must have went through that night.”

Community leaders at the prayer walk echoed Police Chief Todd Schmaderer in urging anyone with knowledge of the shootings to come forward and talk to police.

“There are people around here, people who know exactly what happened,” Willie Barney, president of the Empowerment Network, told the crowd of more than 100 that had gathered at 34th and Parker Streets. “It’s unacceptable. … There is no place for people who take innocent lives in our community. Make the call (to police).”

A police spokeswoman declined Sunday to say whether any witnesses had come forward.

Omaha police officers in at least nine cruisers rushed to the scene at 3:45 p.m., about 45 minutes into the event. They dispersed the crowd that earlier had been praying together and consoling one another.

Just how far off point can you get? Let’s not forget our race card throwing Al Sharpton is shockingly no where to be found…