WHISTLEBLOWER Says: Americans Are ‘Being Betrayed By Their Own President’- You Want To Know This 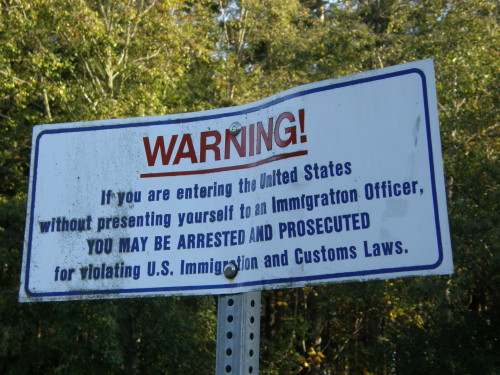 A free sovereign nation cannot have wide open borders [2]if it is to remain free and sovereign. Our President clearly has no idea how important it is to legally control the flow of people into our nation. He just wants to hang out a flashing neon “OPEN” sign and allow anyone who wants to, to walk right in. This policy is dangerous and leads to increased risk of crime, increased risk of infectious diseases and increased drain on our nation’s resources. Either we regulate the flow of immigrants or we will end up like too many European nations who have welcomed waves of immigrants that are now destroying their host cultures from within.

The Obama administration is ordering Border Patrol agents to release illegal immigrants without making them appear in court or keeping track of their whereabouts, and it’s also dramatically rolling back aerial surveillance along the southern border, leading a senior congressman to suggest the public is unaware it is being “betrayed” by its commander in chief.

What’s sad is the people of the United States don’t recognize that they’re being betrayed by their own president and also betrayed by those people in the Congress and the Senate who have been going along with this amnesty program,” said Rep. Dana Rohrbacher, R-Calif., a leading voice against amnesty and for border enforcement.

On Thursday, reports emerged that the Obama administration was effectively telling U.S. Customs and Border Patrol agents to stand down and not process people entering the United States illegally. They further state that agents are told not to order illegals to appear at a deportation hearing and not make efforts to track them down inside the U.S.

Rohrabacher has endorsed Ted Cruz for the 2016 Republican presidential nomination, in what seems like a process of elimination among the major candidates. He said Rubio is simply all over the map on this issue.

“The people of Florida elected him when he pledged not to support amnesty, pledged to fight this idea of open borders. As soon as he got elected to the United States Senate, he flipped over and became a major force for amnesty. Now he wants to flip again and wants us to forget that lie,” Rohrabacher said.

The congressman simply doesn’t believe Donald Trump is serious about the issue.

“Trump is talking off the top of his head and quite often he says things that are contradictory,” Rohrabacher said. “He says we’re going to deport the people here illegally. Then he says once they can get home, they can immediately come back if they want to. This is nonsense. So the only one who makes any sense to me is Ted Cruz.”

No one has the right to come to the US illegally. But all have the right to ask to come here and use the proper legal channels. If your first act on American soil was to break the law by entering illegally, you do not belong here. We welcome all who will obey the law and must turn away all who will not. What do you think of this new policy?