Remember when President Obama won the Nobel Peace prize? Keep that in mind as you read this story[1] about Saudi Arabia considering building nuclear weapons as a result of Obama’s policy in Iran. 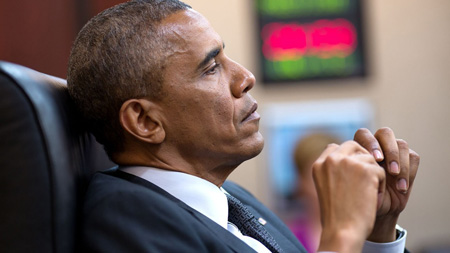 Saudi Arabia will not rule out building or acquiring nuclear weapons, the country’s ambassador to the United States has indicated.

Western intelligence agencies believe that the Saudi monarchy paid for up to 60% of Pakistan’s nuclear programme in return for the ability to buy warheads for itself at short notice, the Guardian newspaper reported in 2010.

In 2012 the Saudi Arabian government threatened to acquire nuclear weapons were neighbouring regional power Iran ever to do so.

“Politically, it would be completely unacceptable to have Iran with a nuclear capability and not the kingdom,” a senior Saudi source told The Times newspaper at the time.

So, the lack of American leadership in the region could very well be causing a new nuclear arms race.  That’s nice.