Before becoming Vice President, Joe Biden stood against a Republican president nominating someone to the U.S. Supreme Court[1] during an election year…and there’s proof. 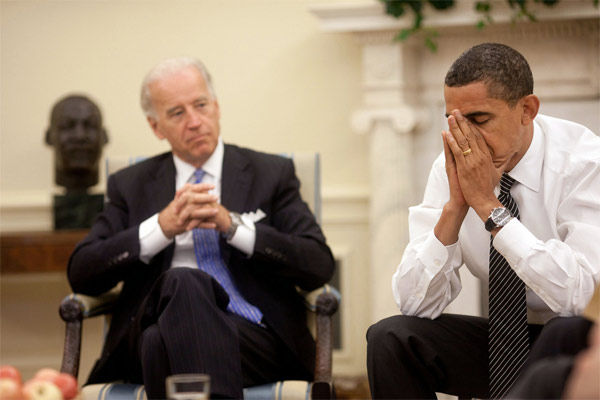 In a clip unearthed by C-SPAN Monday, the Delaware Democrat argued on the Senate floor that President George H.W. Bush should not nominate a new Supreme Court justice “in the full throes of an election year.”

Sen. Joe Biden in 1992 says President Bush should "not name a nominee until after the November election…" #SCOTUS[3]https://t.co/setQGLzePt[4]

Now, Biden is the vice president of the in-power party, and President Barack Obama has promised to fulfill his “constitutional responsibilities” to nominate a successor to the late Justice Antonin Scalia before his term ends.

But many Republicans have called for Obama’s successor to make the nomination to fill the vacancy. And in 1992, Biden made the same argument:

It is my view that if the president goes the way of Fillmore and Johnson, and presses an election-year nomination, the Senate Judiciary Committee should seriously consider not scheduling confirmation hearings on the nomination until after the political campaign season is over.

He added that a lame duck president making the pick would be unfair.

It would be our pragmatic conclusion that once the political season is underway, and it is, action on a Supreme Court nomination must be put off until after the election campaign is over. That is what is fair to the nominee and essential to the process. Otherwise, it seems to me Mr. President, we will be in deep trouble as an institution.

Bush didn’t end up making an appointment to the court during the election year.

Justice Byron White delayed his retirement until March 19, 1993. President Bill Clinton, Bush’s successor, nominated Ruth Bader Ginsburg in June 1993 and she was confirmed by the Senate that August.

Look at that…a Democrat having to eat his own words again.