White House Refuses To Answer To Misleading The U.S. In Pushing The Iran Nuke Deal…

Shockingly (or not), the Obama White House is using the “executive privilege” excuse to keep from being held to any level of accountability. They are currently being grilled for answers regarding the allegation that they pushed Iran to keep their missile tests a secret, despite the Iran Deal. 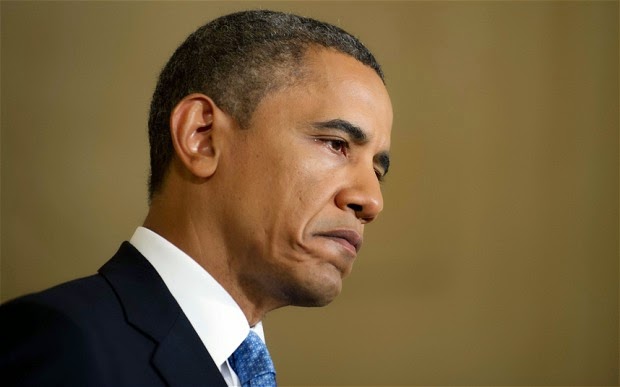 Sen. Tom Cotton accepted the challenge, but President Obama’s speechwriter and high-ranking foreign policy adviser Ben Rhodes[2] ducked out of a hearing Tuesday where he was to explain whether he misled the country in pushing the Iran[3] nuclear deal.

Members of Congress had been eager to prod Mr. Rhodes[4] over misrepresentations, but the White House had seemed skeptical, saying lawmakers should poke one of their own, Mr. Cotton, an Arkansas Republican that Mr. Obama’s aides say has been misleading.

Mr. Cotton jumped at the chance — and then the White House backed out, refusing to let Mr. Rhodes[4] testify, citing executive privilege.

“Specifically, the appearance of a senior presidential adviser before Congress threatens the independence and autonomy of the president, as well as his ability to receive candid advice and counsel in the discharge of his constitutional duties,” W. Neil Eggleston, the White House’s chief lawyer, wrote to the House Oversight Committee on Monday.

“What is mystifying to me is how readily available he made himself to the media,” the Utah Republican said Tuesday morning as he kicked off the hearing, which went ahead without Mr. Rhodes[4] or Mr. Cotton, who Mr. Chaffetz said wasn’t needed anymore after Mr. Rhodes[4] refused.

Mr. Chaffetz then went on to play a clip of Mr. Rhodes[4] from early 2015 saying the negotiations produced access to Iran[3]’s nuclear facilities anytime and anywhere — then played a clip of Secretary of State John Kerry later that summer saying that was never a goal, and wasn’t part of the agreement.

It’s not unusual for the administration to refuse to let top White House advisers testify.

Cabinet officials and others confirmed by the Senate have a duty to Congress, but the president’s own staffers, who do not face confirmation, answer only to him, and administrations of both parties regularly decline to let them appear before Congress.

The theory is that if they are required to answer questions publicly, under oath, about their actions in the White House, they will be less forthcoming.

But initially, when first asked last week about the possibility of Mr. Rhodes[4] testifying, White House press secretary Josh Earnest said it “has nothing to do with executive privilege.”

On Monday, Mr. Eggleston reversed that decision and did assert privilege.

It’s good to know that the government will do whatever’s necessary to preserve their own image, even at the risk of the lives of the American people.