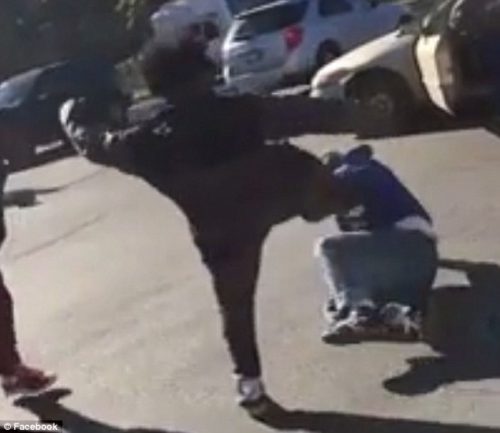 In the ultimate irony, a white man was attacked[2] and severely injured, almost killed, by a group of black anti-Trumpers in Chicago. Hillary voters claim to be upset that Trump got elected because they say he’s racist (he’s not) and sexist (he’s not), in other words they think Trump is a hater…he’s not. But the real haters, well they are in this video. A hater attacks someone who voted differently than he did.

As 49 year-old David Wilcox was making a left turn on the west side of Chicago, a black sedan scraped the right side of his car. He stopped to get out and ask if the driver had insurance and what ensued was nothing short of a beat down. He was kicked and punched by two black men as onlookers took video and screamed ‘You voted Trump, you voted Trump!’ 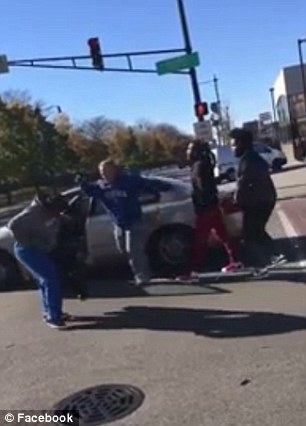 Eventually, as Mr. Wilcox attempted to get back in his car, one of the thugs got in the driver’s seat and started driving, reaching speeds of up to 80 miles an hour all while Mr. Wilcox held on for dear life. Had he let go, he would have been dead. And while this was going on, a spectator who was recording the attack was yelling ‘Beat his a***! Don’t vote Trump!’

The attacker eventually got away. Anthony Guglielmi, of the CPD, said police are looking into the beating and whoever said ‘politically divisive’ statements in the video. No one has been arrested as of yet.

Haters gonna hate. The tolerant Left once again shows its thug values. It is exactly this kind of criminal behavior that brought about Hillary’s loss. America is tired of thugs and hoods wreaking havoc on their cities and their fellow human beings. Time to bring back law and order. Time to put these thugs away and make the streets safe again.

See disgusting thugs on parade in the video below.