In a world that is so upside down, where anything with the flimsiest relation to conservative values can cost a corporation a TON of money thanks to social justice warriors, the shipping company FedEx[1] has done something I thought would never happen – They partnered with the National Rifle Association. 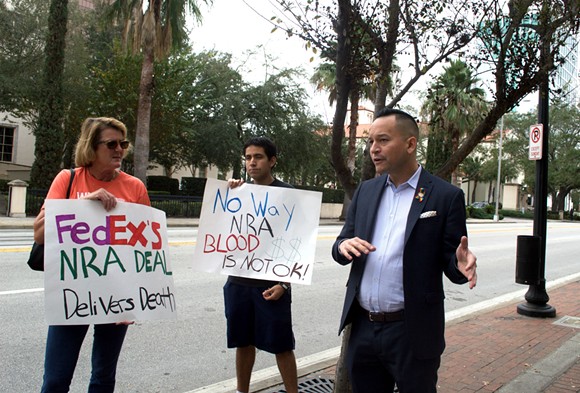 According to The New Orleans Times-Picayune, the shipping company is running a deal program for shipping discounts to members of the association as part of an NRA program that also offers deals to holders of Visa cards. The discounts for the NRA’s five million members can go a long way, because they go up to 26 percent.

What a great deal, right? Well like clockwork, the liberal anti-gun nuts are up in arms!…Well, not really. For obvious reasons.

According to some reports, ‘Guns Down’, a liberal gun-grabbing bunch of liberty haters, are taking the holiday season hostage for their own selfish and delusional purposes. They have started protests on Wednesday at FedEx outlets in Denver, Atlanta, Memphis and Orlando. They also started an online petition to FORCE FedEx to cut off all ties to the NRA.

“Ask them, politely but firmly, to pull out of the NRA’s Business Alliance and cease supporting a reckless organization that puts the public safety of Americans at risk in the name of corporate profits.”

It continued with, “The National Rifle Association is the most powerful corporate lobbying group in America. They accept millions of dollars from gun manufacturers every year to advance an extremist pro-gun agenda, including eliminating gun-free zones at schools and houses of worship, gutting criminal background checks for gun sales, and allowing open carrying of guns in all public places.” 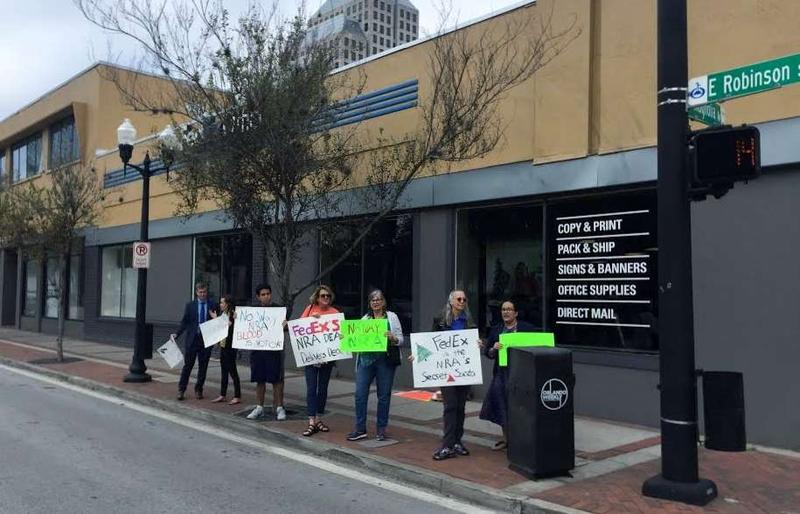 …As you can tell, the very right to protect oneself and others is so completely insane to these extremists, it’s like they willingly refuse to allow thousands of years of human history and nature to guide their decisions and choices on the matter.

Eliminating gun-free zones at schools and houses of worship, as well as open carry in all public places, is quite frankly a damn good way NOT to have a mass shooting. If the dead could talk, lets say, in an Orlando gay nightclub, I think it would be safe to say that every single one of them would have loved to have armed security watching out for them. There is a reason why churches, schools and movie theaters are targets for scumbag cowards…you anti-gun nuts have given them the green light to shoot up a target rich environment…with no one to shoot back.