Despite his rhetoric about building a southern border wall and making Mexico pay for it, it would appear that Republican Presidential nominee Donald Trump has won over the President of Mexico.

After their meeting on Wednesday, Enrique Peña Nieto, Mexico’s President, applauded Trump for engaging in a constructive talk where both expressed “genuine concern” for the national health of both countries.

Shockingly, Nieto also admitted[1] that NAFTA and a porous border have lead to criminals taking advantage and smuggling guns, drugs and sex slaves into both countries. (We all know that’s a shot at Obama and Eric Holder’s Fast and Furious debacle.) The most unbelievable part, perhaps, is the fact that he also said that America desperately needs better border security. 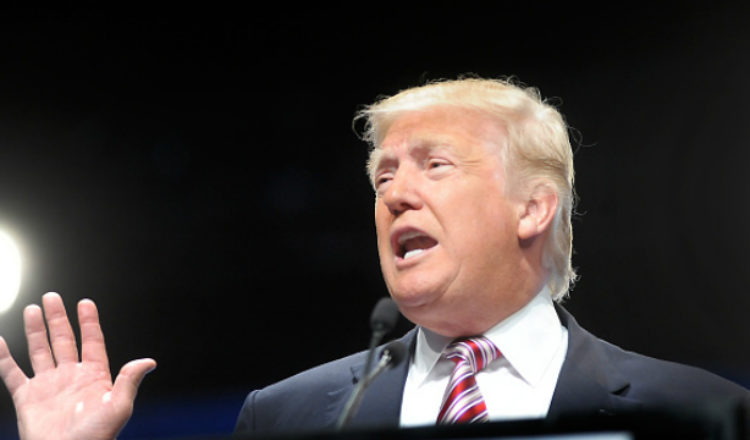 Could this mean that Obama has been taking advantage of the idea that Mexico DOESN’T want a border wall, or even increased border security to allow illegal aliens to continue flowing into the country? Has he been lying to the American people?

We all know the answer to that.

The question now is perhaps the most important one: will this “endorsement” lead to an uptick in support from Hispanic voters?

Charles Hurt wrote a glowing op-ed on the situation for the Washington Times[3], in which he stated that Trump’s “Taco-Bowl Diplomacy” has worked, and that it lead to Mexico’s President agreeing that every nation “has a fundamental right to defend its border.”

Mr. Pena Nieto acknowledged the “fundamental right that each of the countries has to defend its border.” Talking like that Mr. Pena Nieto would get kicked out of the Democratic Party in the U.S.

He also repeatedly expressed his respect for the electoral process in America — a foreign concept to our own president who, even while traveling abroad, has denounced Mr. Trump[4]’s qualifications and temperament to be president.

Of course, the media was only interested in how offended the Mexican citizens and Hispanic-Americans were regarding this visit and the rhetoric in general.

Trump stepped in with an admittedly Presidential response, talking about the topics the two men discussed in their private meeting.

Does this make Trump more or less appealing to do? do you think he’s softening his stance on illegal immigration and the border wall in general, or have the statements of the Mexican President lead you to believe that now, more than ever, we need a Trump Presidency?