Whoah! You gotta watch this Silver Spoon Kennedy LOSE IT when asked about his OWN carbon footprint!

Break out the tinfoil hat– here comes the loonier side of the Kennedy family. Preaching the ‘Green Gospel’ at the People’s Climate March in New York, Silver spoon Kennedy heir, Robert F. Kennedy Jr fought off a reporters questioning of his own carbon footprint saying,”I don’t believe that we have to reduce our quality of life” in the same breath demanding that others do. 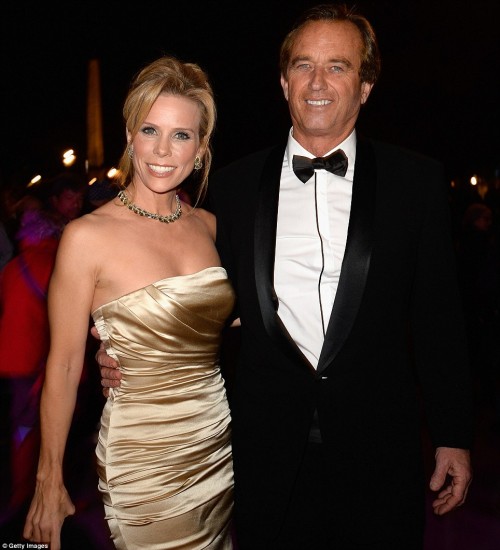 This video perfectly encapsulates the hypocrisy of liberals – Robert Kennedy Jr. gets really upset when the lovely and intelligent Michelle Fields simply questioned him [2]about his personal carbon footprint:

Michelle pointed out that 400 buses and thousands of pounds of paper gathered people at the environmental march. She asked him if he thought it was wrong to create such a footprint for such an event. Kennedy responded,”You need this kind of event to save the environment. What I’m concerned with is the kind of damage being done by Exxon and the Koch Brothers… and the only thing between us and that kind of future where the oil companies have subverted our democracy and are running our foreign policy and our domestic policy is people power. They have the money on their side and we have the people on our side.”

She then asks Kennedy if he’s willing to give up his own technology to help the earth. Kennedy begins wagging his finger wildly at her telling her that she’s got to ‘be joking about this’. She then asks him if he should lead by example of the least energy use by giving up his cellphone and car. He yanks the microphone from her hand and responds filled with irritation,”No. No. Are you going to give up yours?”

Maybe Kennedy’s heroin and pot use has gone to his head but his video interview about the Koch Brothers oozes conspiracy and lunacy. A delight to watch as he implodes!

SIDENOTE: Here is my favorite People’s Climate March photo. I see piled high dozens of corporations who should be regulated out of business because they allowed their trash to litter the streets of NY. After Environmentalists marched for a cleaner world, they threw their Starbucks and Dunkin Donuts cups to the ground. Shame on those corporations. Robert F. Kennedy was right, we really don’t have to reduce the quality of our lives… we should point the finger at corporations whom we the People fund a cup of coffee at a time. LOL 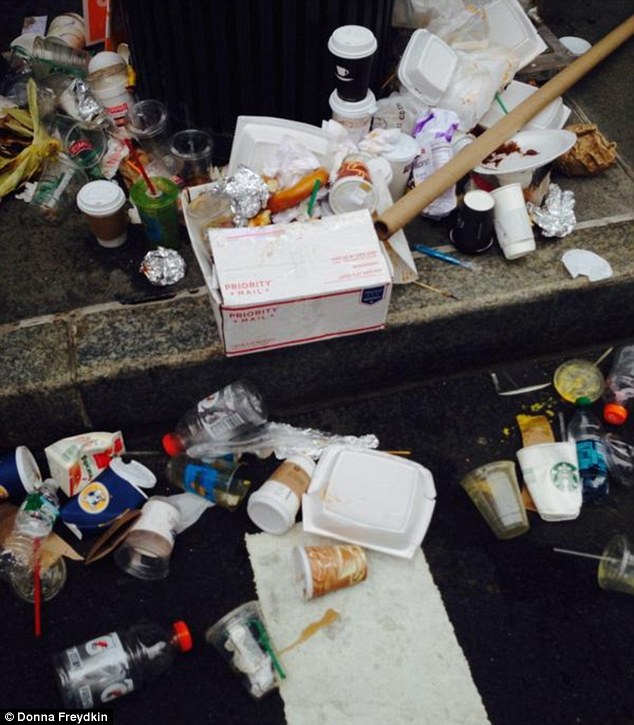