Do you know what’s funny? Comedies about bungling political leaders. Do you know what’s not funny? Comedies that mock political leaders who slowly succumbed to the ravages of Alzheimer’s Disease. Several Hollywood heavy-hitters have pursued a “comedy” about Ronald Reagan succumbing to Alzheimer’s and the net went absolutely nuts over the insensitive idea. The premise caused such an uproar that it caused the rumored star of the film to back-out and distance himself from the pic.[1] 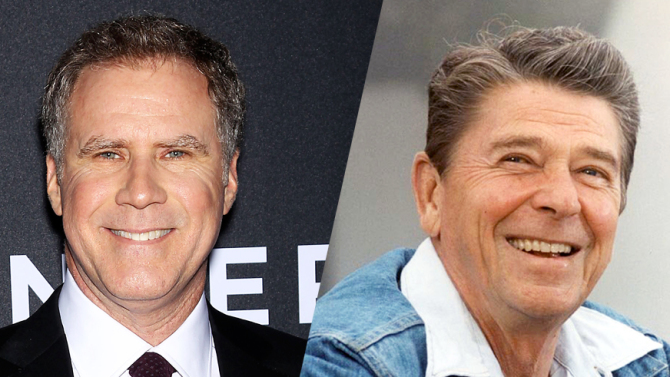 Will Ferrell came under intense fire on social media Thursday after Variety reported[3] that the actor has been tapped to star as President Reagan in a comedy film that spoofs the 40th president’s Alzheimer’s disease.

Michael Reagan, President Reagan’s eldest son, was among the first to blast Ferrell’s role in the film, Reagan, in a series of fiery tweets:

#Alzheimers[6] is not a comedy to the 5 million people who are suffering with the decease,it first robs you of your mind and then it kills you

“The story begins at the start of the ex-president’s second term when he falls into dementia and an ambitious intern is tasked with convincing the commander in chief that he is an actor playing the president in a movie,” Variety[8] reported.

Even the comments section under Variety’[9]s[10] article reflected the disdain for Ferrell’s decision to portray an Alzheimer’s-ridden Ronald Reagan.

“I watched two loved ones suffer and ultimately die from Alzheimer’s. If Ferrel [sic] makes this movie I’ll never forgive him,” one commenter said.

“Alzheimer’s is not funny. I cared for my father as he wasted away for 10 years. Its [sic] soul crushing for those who love them, & how dare you ridicule the Reagan children & all of us who have lived this nightmare,” said another.

Indeed, the furor for Will Ferrell was most palpable on Twitter:

Alzheimer ‘s is by no means funny. It kills treasured memories and robs you of your very existence.# WillFerrell

This is not a “partisan thing”; it’s a human thing. Liberals should feel free to bash Reagan and his policies all they want. However, mocking a man because he had Alzheimer’s (and who is not here to defend himself) is beyond abhorrent.

And before anyone asks: yes, I would say the same thing if (God forbid) Bill Clinton, Jimmy Carter or Barack Obama developed Alzheimer’s. I will shred their policies and their low characters until my dying day, but mocking those who slowly lose their memories is not only cruel to those who are afflicted, but cruel to the families who must bear witness to this sadness.