Will Minimum Wage Hikes Lead To A Droid Army In The U.S.?

If your answer is “I don’t know,”  let’s look at what China is doing[1] in an attempt to boost their economy. The outlook for American jobs is grim. 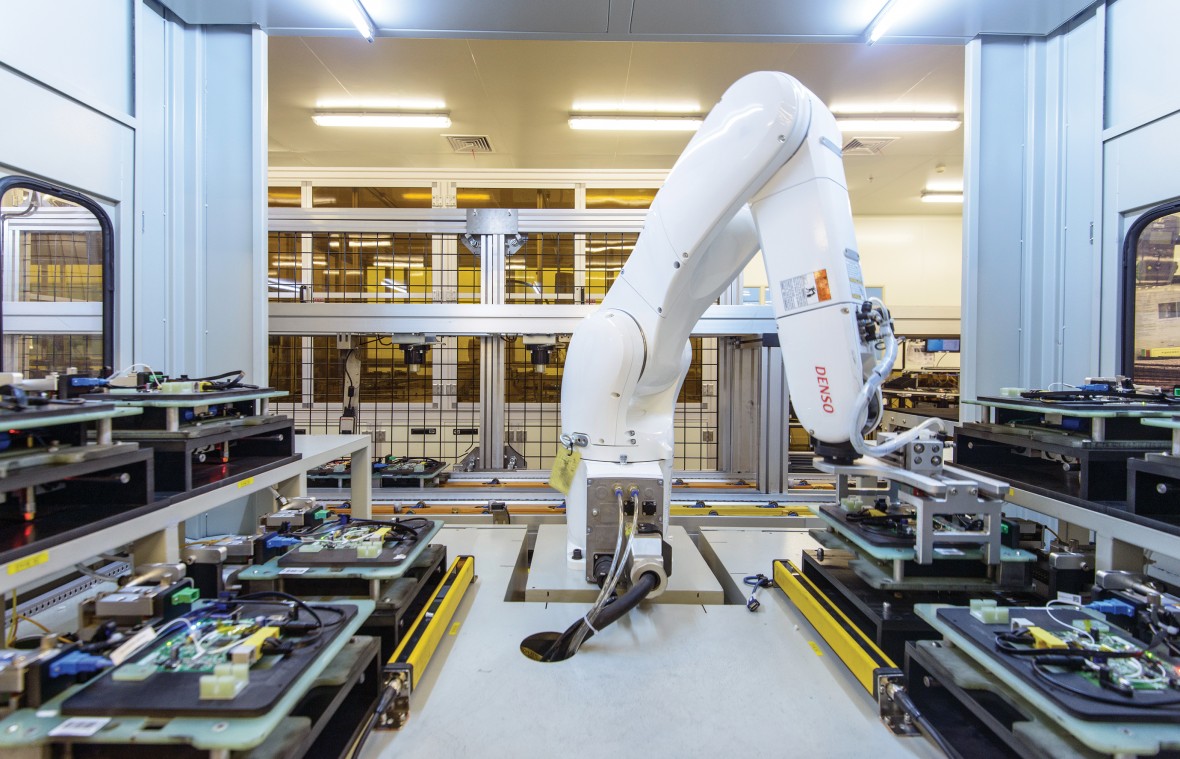 Inside a large, windowless room in an electronics factory in south Shanghai, about 15 workers are eyeing a small robot arm with frustration. Near the end of the production line where optical networking equipment is being packed into boxes for shipping, the robot sits motionless.

“The system is down,” explains Nie Juan, a woman in her early 20s who is responsible for quality control. Her team has been testing the robot for the past week. The machine is meant to place stickers on the boxes containing new routers, and it seemed to have mastered the task quite nicely. But then it suddenly stopped working. “The robot does save labor,” Nie tells me, her brow furrowed, “but it is difficult to maintain.”

The hitch reflects a much bigger technological challenge facing China’s manufacturers today. Wages in Shanghai have more than doubled in the past seven years, and the company that owns the factory, Cambridge Industries Group, faces fierce competition from increasingly high-tech operations in Germany, Japan, and the United States. To address both of these problems, CIG wants to replace two-thirds of its 3,000 workers with machines this year. Within a few more years, it wants the operation to be almost entirely automated, creating a so-called “dark factory.” The idea is that with so few people around, you could switch the lights off and leave the place to the machines.

But as the idle robot arm on CIG’s packaging line suggests, replacing humans with machines is not an easy task. Most industrial robots have to be extensively programmed, and they will perform a job properly only if everything is positioned just so. Much of the production work done in Chinese factories requires dexterity, flexibility, and common sense. If a box comes down the line at an odd angle, for instance, a worker has to adjust his or her hand before affixing the label. A few hours later, the same worker might be tasked with affixing a new label to a different kind of box. And the following day he or she might be moved to another part of the line entirely.

Despite the huge challenges, countless manufacturers in China are planning to transform their production processes using robotics and automation at an unprecedented scale. In some ways, they don’t really have a choice. Human labor in China is no longer as cheap as it once was, especially compared with labor in rival manufacturing hubs growing quickly in Asia. In Vietnam, Thailand, and Indonesia, factory wages can be less than a third of what they are in the urban centers of China. One solution, many manufacturers—and government officials—believe, is to replace human workers with machines.

Is this what is in store for America if the minimum wage continues to increase?