Will Republican Leadership Ever Learn?

Once again Republican Leadership has chosen to put the desires of the donor class ahead of the demands of its base. Ever since the Tea Party catapulted on to the scene in 2010 conservatives have done everything they can to convince leadership to adopt positions that match principals.

You would think that after Eric Cantor was defeated in a primary, Speaker Boehner and company would at least be respectful of the Republican members who actually follow up on their campaign promises. Not only has leadership consistently advocated for amnesty and the secretive TTP, but they have taken punitive action against any member who dares asks questions. The latest example shows just how petty they are willing to get.

Ken Buck of Colorado was elected as the Freshman Class President (seriously). After bucking leadership to vote against “ObamaTrade”, Speaker Boehner is taking measures to try and strip him of that title. Unlike the chairmanships who serve at the pleasure of the Speaker’s office the “Class President” is duly elected by all first term Congressman. Speaker Boehner’s bullying actions are far beneath the dignity of most high school elections for high school Class President. 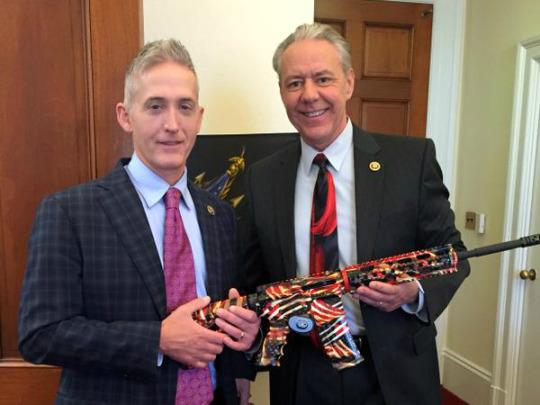 Congressman Buck enjoys the support of many powerful conservative groups such as Gun Owners of America (GOA) who are crying foul over the attack on Buck. Should groups like GOA mobilize their robust political programs aganist the Speaker, he may find himself in the same position as Eric Cantor.

Over the last few days I have spoken with a number of powerful conservatives who are actively planning to defeat John Boehner in his republican primary. JD Winteregg is planning to build on this first attempt at ousting Speaker Boehner by rallying Conservatives nationwide who are tired of wimpy leadership. JD is pulling no punches when it comes to the Speaker, “Speaker Boehner is only working against Conservatives in his role as leader of the House”.

One thing we know for sure is that if he loses Boehner will cry to the satisfaction of principled Conservatives everywhere.