Will Statement Made By ESPN Host About Blacklivesmatter Get Him CANNED!?

In today’s America, telling the truth about racial divisions is a revolutionary act. When ESPN host Ray Lewis called Black Lives Matter out for their hypocrisy[1], the left flipped out. Will he have a job next week? 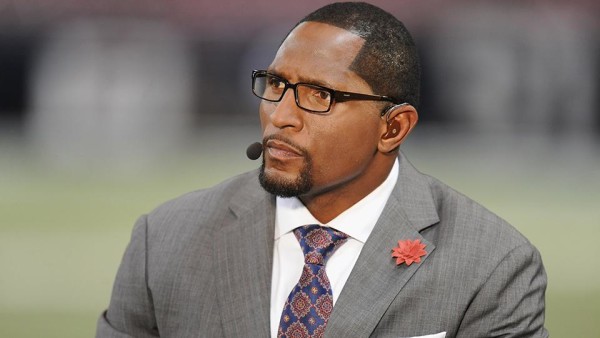 It’s hard to question whether or not the #BlackLivesMatter movement really cares about black lives.

The movement focuses on police violence, but that’s a miniscule problem despite how much attention the media grants it. If BlackLivesMatter really cared about black lives, why aren’t they fighting gang violence, which is much more dangerous to black life than police could ever hope to be?

In 2012[3], there were 112 black men justly and unjustifiably killed by police. At the rate, it would take police another 40 years before they killed as many black men that were killed by other black men in just that one year.

It’s an issue BlackLivesMatter likes to avoid, and sometimes even ridicule. If the movement was true to its name, you’d think it’s a problem they’d be rushing to address.

As reported by the Washington Times[4], former linebacker and current ESPN host Ray Lewis had a mouthful to say regarding the hypocrisy of BLM.

“I’m trying to figure out if black lives really matter,” an emotional Mr. Lewis said in the video[5] posted on his personal page Saturday. “The March murder rate rose by 29 percent, but we’re not rioting in the streets over black-on-black crime.

“I’m trying to figure out in my mind why no one is paying attention to black men killing black men,” he continued. “Why do we always find ourselves as the victims, and now we have the separation once again that we’re being victimized because of one bad white cop, two bad white cops, three bad white cops, killing a young black brother. But every day we have black-on-black crime, killing each other.

“I know black lives matter, because I’m a black man, but man, stop killing each other. Man, we got to put these guns down in Chicago. Baltimore, Miami, man it ain’t that hard. You got to be OK with earning a living. It ain’t supposed to be easy,” Mr. Lewis said. “If we don’t change what we’re doing not only will our kids not have a future, but we might find ourselves extinct.”

Ironically, Ray Lewis has himself been indicted on murder and aggravated-assault charges back in 2000, but accepted a plea deal and was only charged with a misdemeanor for obstruction of justice. Hopefully he wasn’t speaking from experience.

Black Lives Matter masquerades as a civil rights group. It’s not. It is a virulently racist group dedicated to the promotion of racial supremacist ideology.

While there are some who have been duped into believing that this is a civil rights group, the fact is that the coalition of groups is dedicated to advancing  superior legal and cultural advantages for blacks and creating a racial hierarchy. They have called for segregation of white on Mizzou’s campus and multiple universities have called for increased advantages for black students such as “bad grade forgiveness” for students of color.

Don’t be fooled; equality is great, but this simply isn’t it.