Will this happen in America one day? Greek banks prepare plan to raid deposits to avert collapse 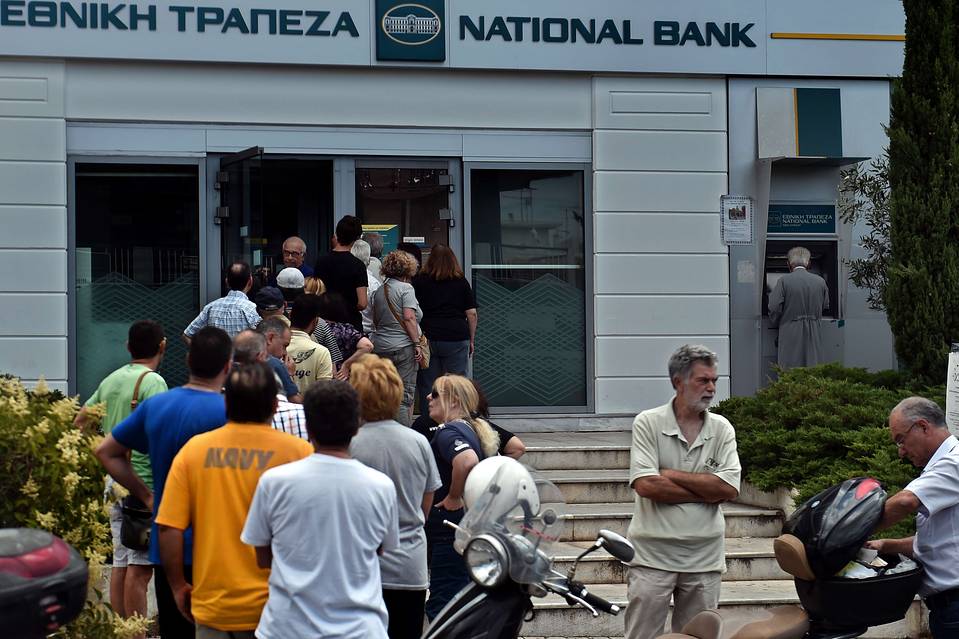 [1]Under the misspending policies of left-wing leadership, Greece is fast spiraling into financial collapse. On Monday, the banks were closed and plans made to start seizing large portions of customers’ deposits.[2]

According to The Financial Times,

The plans, which call for a “haircut” of at least 30 per cent on deposits above €8,000, sketch out an increasingly likely scenario for at least one bank, the sources said.

A Greek bail-in could resemble the rescue plan agreed by Cyprus in 2013, when customers’ funds were seized to shore up the banks, with a haircut imposed on uninsured deposits over €100,000.

It would be implemented as part of a recapitalisation of Greek banks that would be agreed with the country’s creditors — the European Commission, International Monetary Fund and European Central Bank.

ATMs have been limited to only €60 cash withdrawals per day. This is what happens to a socialist country that continues out-of-control spending the country can no longer afford with high taxes alone; it turns to raiding the private funds of its citizens. Watch closely U.S., at the rate we’re going with the tax-and-spend policies of Democrats like Obama running the country, we’ll be there next in a few years.