Will this policy position end Ben Carson’s run at the presidency?

Many conservatives support abolishing ObamaCare and putting a more free market system in that works and is, like, effective and stuff. Ben Carson…he’s got an interesting idea[1]… 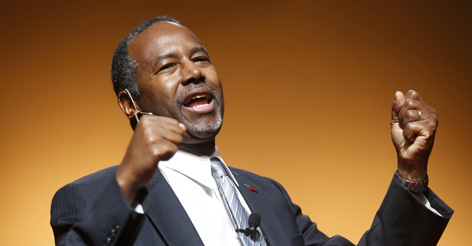 As Politico reports, “Carson … would eliminate the program that provides health care to 49 million senior citizens, as well as Medicaid, and replace it with a system of cradle-to-grave savings accounts which would be funded with $2,000 a year in government contributions.

When pressed on his position in May by CNBC’s John Harwood, Carson said Americans would support the elimination of Medicare when presented with the facts of his plan.

He’s a brain surgeon, I’m a blogger. I’m not going to pretend I have a better grasp of the health care system as he does. And I’m assuming he means “phasing this in” and not eliminating Medicaid for people who are on it now.  I’m just not sure how he sells this to the American people. We shall see…