Pro-tip: If you’re going to call for the mass murdering of police officers, a) DON’T, and b) don’t do it on Facebook.  It’s a crime[1]. 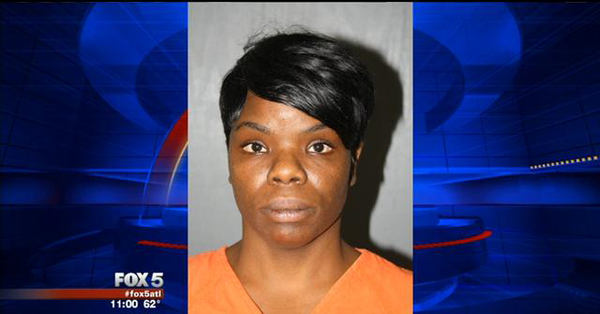 Police released part of her post to FOX 5. In it, she says “all black ppl should rise up and shoot at every white cop in the nation starting now.” Police said later on Dickens wrote, “I thought about shooting every white cop I see in the head until I’m caught by the police or killed by them. Ha!!!! I think I can pull it off. Might kill a least 15 tomorrow. I’m plotting now.”

As for the offending post in question? Here you go… 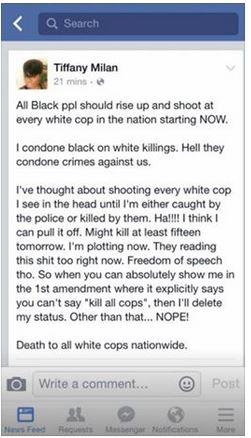