This woman, known as Katherine O’Brien confronted Hillary in a town-hall rally. Fearlessly she stood up in the crowd and continued to ask Hillary to explain her hypocrisy. When you see Hillary’s response…[1]you will understand why she was so upset when reporters soon after the rally questioned her and she proceeded to defend Hillary… However, there is more to the story, since this, Katherine has shared with us even more of what she was going through that day, in a phone interview with WND. 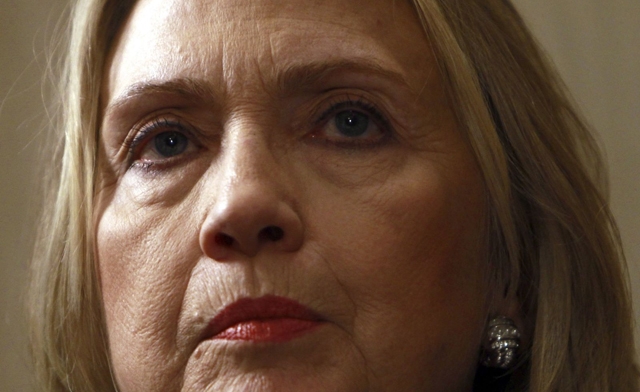 Katherine Prudhomme O’Brien, the New Hampshire state legislator who confronted Hillary Clinton in a town-hall rally in Derry, New Hampshire, during the state primary on Jan. 3, explained to WND in an exclusive telephone interview why she was so upset at reporters who defend Mrs. Clinton by suggesting she should not be blamed for her husband’s infidelity.

“This is about rape, not infidelity,” O’Brien insisted, explaining that at the Derry rally her goal was to confront Hillary about Juanita Broaddrick, a woman who went public in an interview with Dateline NBC that broadcast on Feb. 24, 1999, that Clinton had raped her decades earlier, in 1978, while Clinton was yet Arkansas attorney general.

The YouTube video of O’Brien’s encounter with Hillary at the Derry town-hall rally on Jan. 3 shows O’Brien standing to shout her question at Hillary as Hillary at first ignores her and then declares that she does not intend to call on O’Brien for a question, charging that O’Brien was being “very rude.”

Hillary seems to be absolutely void of any virtues. In a storybook between good and evil, she would be the scorned witch who sold her soul to the devil long ago….