‘Other Woman’ Emerges – This Could Ruin EVERYTHING for Hillary

Women like Juanita Broaddrick are now finding the courage to come forward with their stories of sexual assault at the hands of Bill Clinton, former President of the United States and husband of Hillary Clinton… CURRENT Presidential candidate for the U.S.

But now, another woman has emerged, that threatens Hillary’s bid[1] for the presidency… 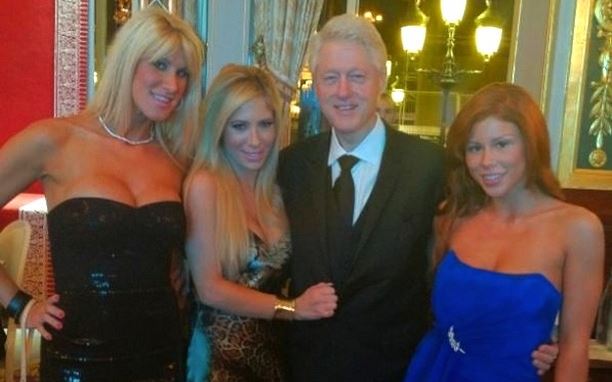 As The Hill reports:

Voters now confronted with the choice between Hillary Clinton and Donald Trump are making something abundantly clear: They want another option.

Surveys over the last six weeks have found a steady but noticeable jump in support for third-party candidates. The biggest beneficiary has been Libertarian nominee Gary Johnson, who has shot up from 4.5 percent to 7.2 percent in RealClearPolitics polling averages. Green Party candidate Jill Stein has also seen an uptick since June — from 2.5 percent to 3.5 percent.

So far, it’s unclear whether Trump or Clinton will benefit most from a strong third-party vote.

There are voters in each party who feel spurned by their party’s ticket — Republicans who refuse to side with Trump, and Bernie Sanders supporters who feel their candidate did not get a fair shake in the Democratic primary.

Conventional wisdom has held that votes for the Libertarian ticket would hurt Republicans, while Green Party votes would do damage to the Democrats.

HAH! Sorry Hillary…but the whole claim about ‘voting for the first woman president’ doesn’t seem like it’s going to fly with Stein voters…