A woman uncovered to be a charlatan and a impostor, was caught up in a sort of ‘Fake Homeless’ sting caught on video that went viral. She was caught off guard by two others who had been following her and recording her actions for the two hours. She was eventually confronted and asked why she was panhandling[1] when she owns a 2014 Fiat. Police officers eventually responded to a call of a ‘disorderly situation’ against the woman.

Micha Leigh Dominguez is the 40 year-old in custody that is now being charged with multiple counts of throwing a bottle of Gatorade at another woman’s car as she was in motion. She is now being held on bond.

‘The complainant advised officers that while standing in the median, several people began harassing her and videotaping her.’

‘While speaking with the complainant, the officers were approached by another woman who told officers that the subject they were talking with had thrown items at their cars while in the parking lot, and that the incident had been videotaped, which was subsequently shared with the officers.’ 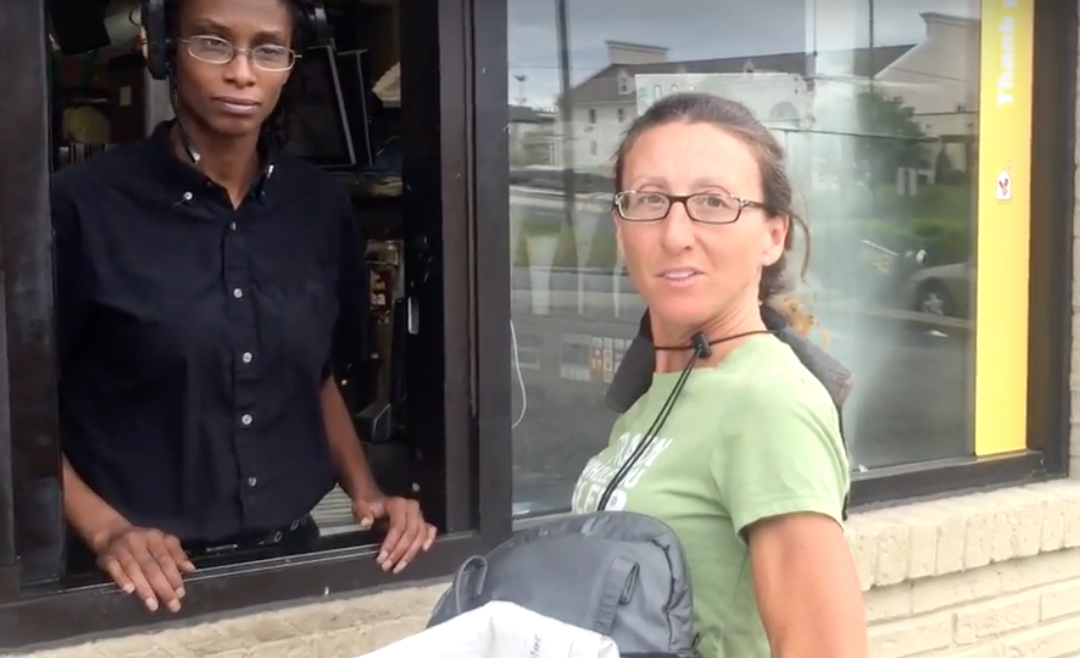 Dominguez was working her panhandling racket this last Sunday at the intersection of Broad Street and Glenside Drive in Henrico. She had been filmed for 4 minutes and it was only those four minutes that were needed in order to expose her to the Internet, because the video went viral.

The video shows Dominguez holding a sign, then doing what panhandlers do best – collect free cash from dopes that are willing to give it.

It then shows her being confronted by the two men as she attempted to walk over to her 2014 Fiat SUV that she had stashed in a nearby MacDonald’s parking space for cover.

This is when the two guys address her and call her out for the criminal that she is, asking her why she is ‘begging for change all over the city of Richmond.’

Here’s the video of what happened: