Woman Gets on Stage, Reveals Powerful Story About Donald Trump

In 1986, a farmer, Lenard Dozier Hill, took his own life just before his farm was about to be auctioned off. This he did, in hopes that the money from his life insurance policy [1]would be what the family needed to save the farm, that had belonged to his family for a hundred years. But…it was a suicide, and because of this, his insurance did not cover the amount needed for foreclosure-IN STEPS TRUMP… 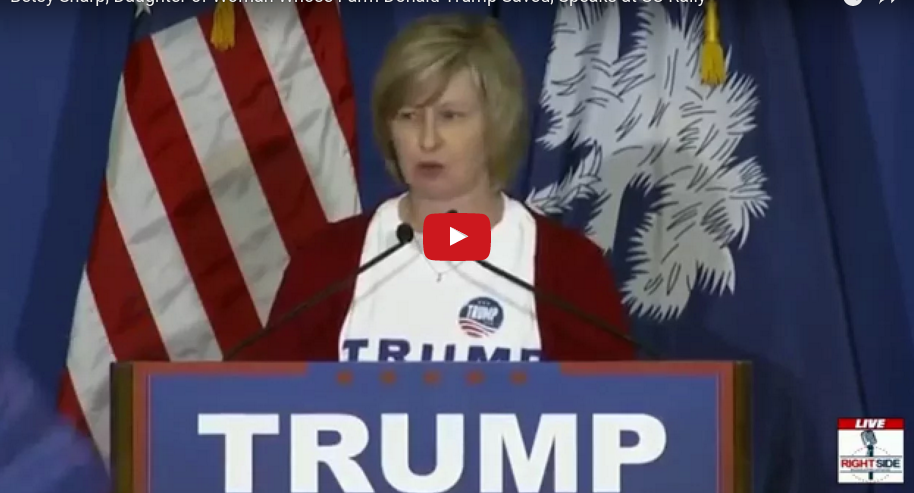 That’s when Donald Trump stepped in, called the auction house, and agreed to put up the finances to save the farm, and ultimately Annabelle Hill, the surviving widow.

At a recently rally, Sharp had this to say about Trump:

“And he saw the story and he couldn’t believe that the bank was forcing my father to go to that depth.”

“…he reached out to help save it.”

“Today my brother lives on the farm and he has one of his daughters, they have built a house. But if it wasn’t for his generosity, his kind heart – he didn’t know us from Burke County at all.”
At the same rally, Trump remembered Annabelle Hill fondly, and said she was “a great woman, and passed away, but passed away happy.”

This story saddens me. This man sacrificed his life, in order to save his farm… THATS how important it was to him. That there was no one to fight for him, and find a way to help him before he had to turn to suicide, is just awful. Very glad things did work out for his family. Thank you Trump.