Grisly details emerged in the Blackstone murder case that sees a Massachusetts mother accused of killing two of her children and neglecting others[1]. If this line is too awful for you to read: “The pediatricians had to literally clean the maggots out of her ears (the 3-year-old) so that she was able to hear correctly”, then read no further because the tale gets even more gruesome. 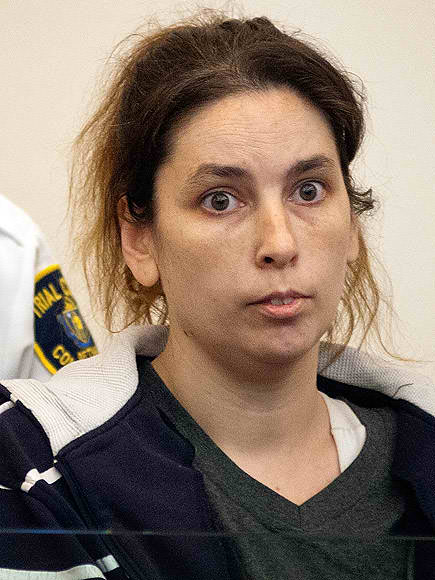 Erika Murray pleaded not guilty to a number of charges, including murder, at her arraignment on Monday, the Boston Globe reports. Prosecutors in the case painted a horrifying picture of Murray’s home, where police found the bodies of three dead infants in September. Four living children were removed from the home after the discovery. Assistant District Attorney John E. Bradley Jr. told the court that Murray’s 3-year-old child “could not walk or talk” and seemed essentially deaf.

“The pediatricians had to literally clean the maggots out of her ears so that she was able to hear correctly,” he said. Police found the 3-year-old “covered in feces” in a room “completely filled with trash that was piled about two feet high,” Bradley said.

A 6-month-old was also discovered in a room next door that had “stacks of soiled diapers that were piled about a foot or so high,” the prosecutor said. The body of one infant was found in a closet “wrapped in a pair of sweat pants,” Bradley described. “The baby still had the umbilical cord and the placenta attached to it, and had what appeared to be a full head of hair.” Two other dead babies were discovered in closets. Murray reportedly told police one baby lived between one to three weeks before dying. A 13-year-old and a 10-year-old taken from the home appeared unharmed.

Bradley said Murray, 31, hid the babies from her live-in boyfriend Raymond Rivera, 38, because, for financial reasons, he did not want any more children after the first two. But the couple continued to have unprotected sex, and Murray became pregnant five times in seven years. Bradley said she delivered the infants alone in the bathroom, then took them upstairs “in an effort to hide the babies from her boyfriend,” the Boston Globe reports.

Rivera claimed he had no idea about the state of the upstairs bedrooms, but that was quickly disputed when it was discovered that he’d been sleeping “just eight feet” from the babies’ remains, according to Mass Live. Murray has not been charged with murder for the baby found with the umbilical cord still attached.

A pretrial has been set for Feb. 4, according to Mass Live. Murray is being held on $1 million bail.

I cannot imagine how that man could have a stench of death and feces wafting around his upstairs and not be aware something was going on… but that’s just me. Nasty stuff, I just don’t understand how this could happen. My parents gave up all their comforts to keep me and my brothers alive and healthy (and me for my son) so this mindset is waaaay beyond me to know what to say.