The term “paying it forward” is a relatively-new term, but the principle is ancient. It is the act of kindness and generosity- an amalgam of Christian virtue and karma and a belief in doing good with the hope that these acts will inspire others to help the world. When one woman received some unexpected kindness, she sought the man who had helped her and discovered that he had died. She then made it her mission to make the world a better place in his honor.[1] 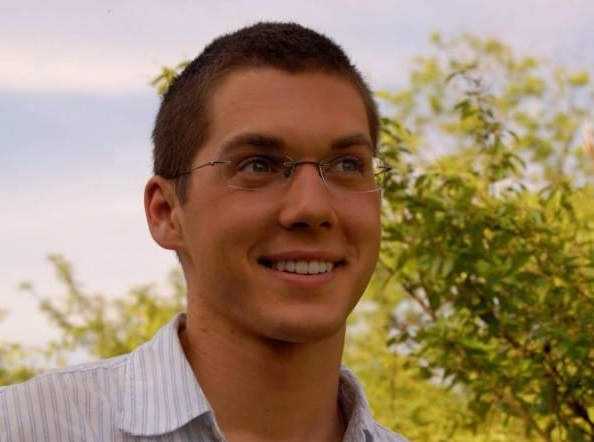 With a crying baby in tow, Jamie-Lynne Knighten reached into her purse to pay for groceries at Trader Joe’s in Oceanside, CA. She realized she’d left her debit card at home, and her credit card was frozen because of an anti-fraud lock. Matthew Jackson, a 28-year-old fitness trainer waited patiently behind Knighten and watched as her phone died when she tried to call the bank.

Knighten told us, “The gentleman behind me quietly said, ‘May I take care of your groceries?’… I stuttered and said, ‘Oh, how sweet, but no thank you.’”

Jackson insisted and told her he’d gladly pay her $200+ grocery tab as long as she promised to do the good deed for someone else. Knighten realized that he really meant it, so she let him pay. “Through my tears, I asked his name and where he worked before we parted ways,” said Knighten.

Days had passed when Knighten finally called his boss to tell him how kind Matthew had been. Knighten wrote in a Facebook post[3], “I hear crying on the other end… His boss informed me that this incredible human being was in a tragic car accident and passed away. Not even 24 hours after meeting him. Gone. Just like that. How? Why? I don’t understand.”

Matthew’s boss connected Knighten with Matthew’s mother, LeeAnn Johnson Krymow, who responded to her Facebook post: “Hearing what my son did for a complete stranger just one day before he tragically died has been such a gift. My precious boy loved people… I am completely devastated and broken, but I also have absolute hope that I will see him again.”

Knighten wanted “Matthew’s Legacy” to live on, and to help encourage others to pay it forward, she’s created a Facebook and Twitter account in his honor. And it seems to be working; as Matthew’s sister, brother-in-law, and their four young kids were on their way to Matthew’s memorial, they stopped to get something to eat and as they tried to pay, they were told that it had already been paid for.

Knighten told LittleThings.com she’s already heard many amazing stories of people paying it forward in Matthew’s name. “Matthew’s best friend told me she was helping the women in front of her at the grocery store bag her groceries and went to pay for them, too, in Matthew’s honor, but the clerk said, ‘An angel paid for these groceries.’ It turned out the man behind her read about Matthew’s story and wanted to pay it forward. She then bursted out in tears and told him that Matthew was her best friend.”

The world can be a cruel, pitiless place. However, through kindness and generosity, we can make it a little nicer. So, when possible, pay it forward.