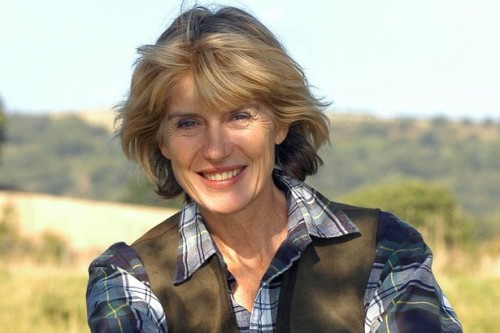 British journalist Selina Scott is accusing Trump [2]of trying to seduce her years ago but failing, and then stalking her for revenge. In 1995, she spent two weeks with Trump to produce a documentary about him. Her account of those two weeks includes the accusation of attempted seduction. Whether Ms. Scott’s story will impact the election remains to be seen. But it appears that her story will be broadcast by an American network soon.

Trump was turning on the full wattage of what he perceived to be his irresistible charm to women, but there was a great deal more of this theatricality to come – as viewers of last week’s Channel 4 documentary The Madness Of Donald Trump would have seen.

The station broadcast an embarrassing clip with him dancing around me, saying: ‘Isn’t she beautiful? She doesn’t think she’s beautiful but she is beautiful,’ while I grimaced.

This flattery came shortly after our first meeting and was swiftly followed by Trump announcing: ‘She shares with [talk show host] Larry King an ability to charm and cajole you into revealing more than you intended. Also she’s a lot better looking.’

Trump’s father exhorted his son to always be a ‘killer’, a curious indoctrination which he has clearly taken to heart.

His incendiary pledges have led to warnings he would set the world in flames if he makes it to the Oval Office.

Quite what the women of America, who now hold Trump’s fate in their hands, will make of his ‘killer’ mentality, we will soon know.

It is clear Ms. Scott dislikes Mr. Trump. And we have her account of what happened but we may never know how much, if any, is true. Either way, her story is simply one more in a long line of stories to surface about Trump, and to be considered…or not…when election time rolls around. What do you think of her story?