Woman sees homeless man biking down the road pulling something, stops to see what it is 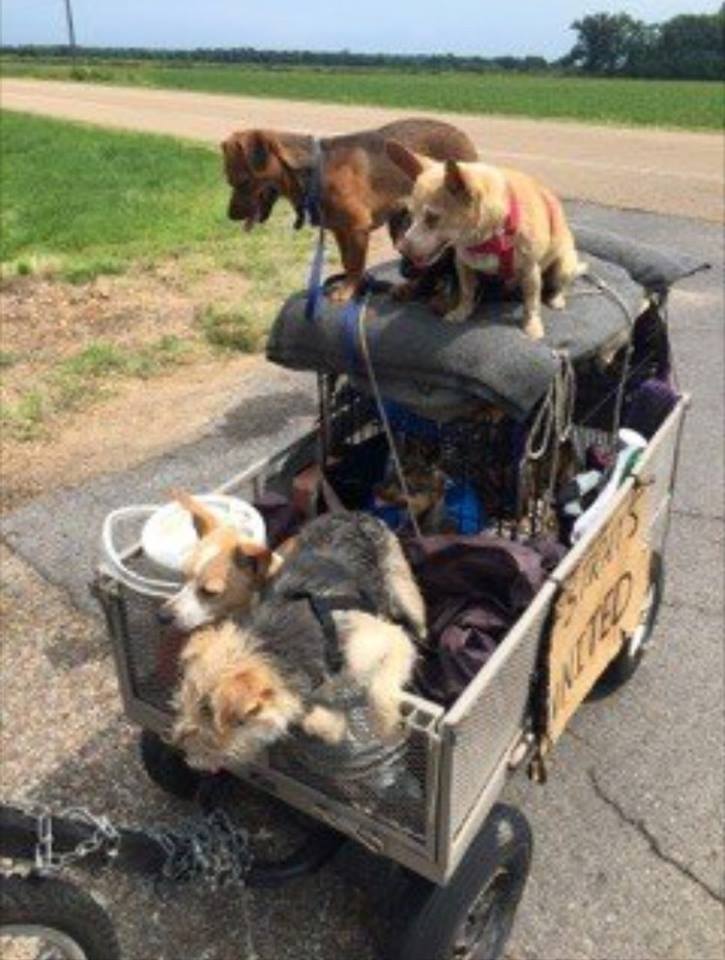 [1]
A man named Steve fell on hard times in California in 2001, and became homeless with no one for companionship but stray dogs. Poor as he was, he tried to take care of the dogs, 150 of them over the years. When a friend in Indiana offered to help him, Steve took him up on his offer — but had no way of getting there, so he set out on his bike, pulling the dogs behind him on a cart. [2]

Steve’s kindness towards these animals quickly rubbed off on others; he soon found individuals wanting to assist him along the way.

First there was Alicia Edrington, who felt inclined to stop after she spotted him pedaling through West Memphis, Arkansas. 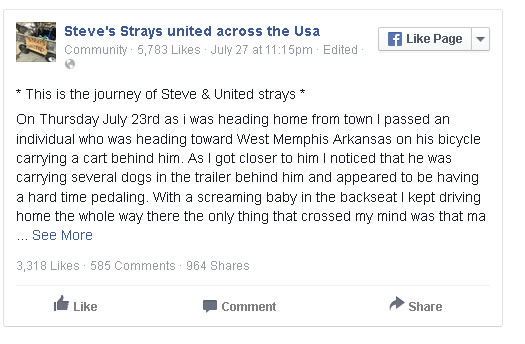 “God must have put this man on that road at that time for a reason because as I was returning to town i saw him. As I got closer I put on my flashers and slowed down to ask him to come across the road to a business because I had something for him. Once over there I introduced myself and he instantly started telling me all the fur babies names without even introducing himself.”

One Good Samaritan put Steve and his animals up in a hotel room for the night, and another drove him the rest of the way to Indiana. When he got there, yet another kind person donated a trailer for him and the dogs to live in. A GoFundMe account[4] has been set up for the family, raising almost $28,000 so far and providing for vaccinations, neutering and spaying of the dogs. The generosity of Americans brings tears to your eyes, and it will be heartwarming to see how Steve turns his life around. 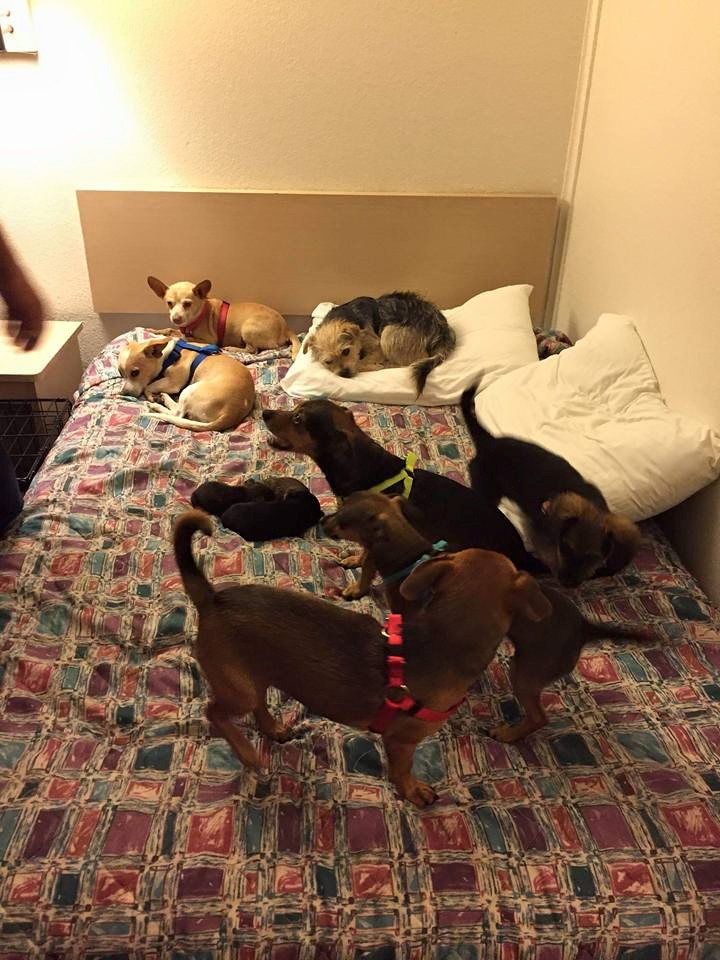 A kind person put Steve and the dogs up in a hotel one night during their journey. 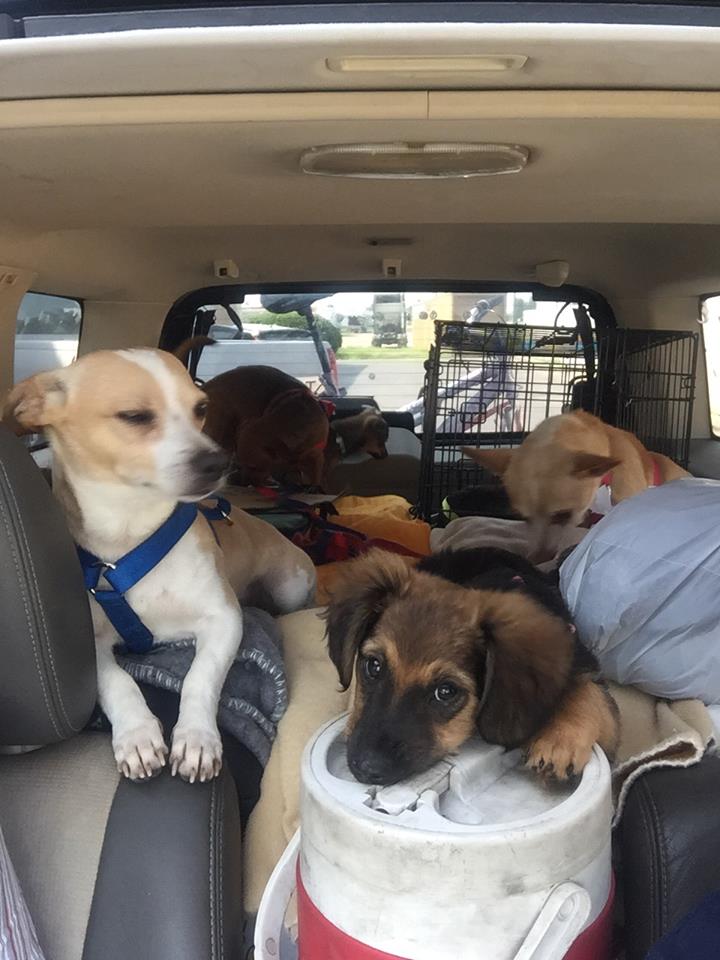 A ride from a Good Samaritan on the last leg of the trip.