Witnesses said the victim, aged in her 40s, was relaxing on Monday evening when she suddenly burst into a ball of flames. [1]It was a sight so unreal, reality seemed to warp into a science fiction scene for a few moments in time… 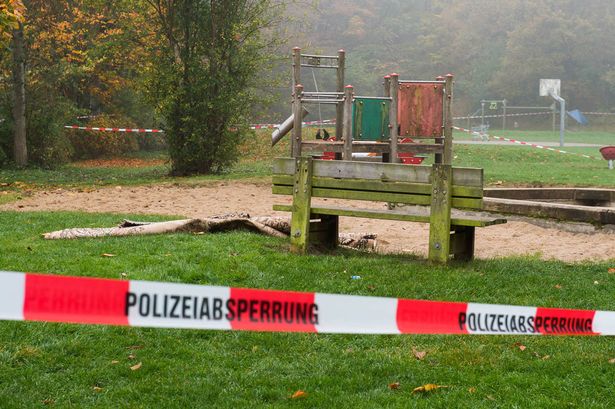 A woman is fighting for her life after appearing to spontaneously combust as she relaxed on a park bench.

Eyewitnesses saw woman, in her 40s, engulfed in flames as they rushed towards her to help.

One man used his jacket to beat out the fire, but by then she was already severely burned.

The incident took place in Flensburg, in the north of Germany, on Monday evening, with the woman believed to be from Mauritius.

She was rushed to a local hospital, and was later flown by air ambulance to a specialist burns unit in Lubeck where she remains in a critical condition.

Prosecutor Ulrike Stahlmann-Liebelt, who is probing the bizarre blaze, said: “The victim has lived in Flensburg for a long time and has family here.”

Spontaneous human combustion (SHC) is the term used when a human body goes up in flames without an apparent external source of ignition.

Forensic investigations have attempted to analyze reported instances of SHC and have resulted in theories regarding potential causes.

These include victim behaviour and habits, alcohol consumption and proximity to potential sources of ignition, as well as the behaviour of fires that consume melted fats.

In the Flensburg case prosecutor Stahlmann-Liebelt said investigators had not yet ruled out whether the woman had actually set alight to herself in a suicide attempt.

How very odd…this cliffhanger is. If it was a suicide attempt, that sounds insane. Being burned alive…horrible way to go.