A deranged Colorado woman will spend the next 100 years in jail over a heinous act[1], if she lives long enough to complete the sentence. 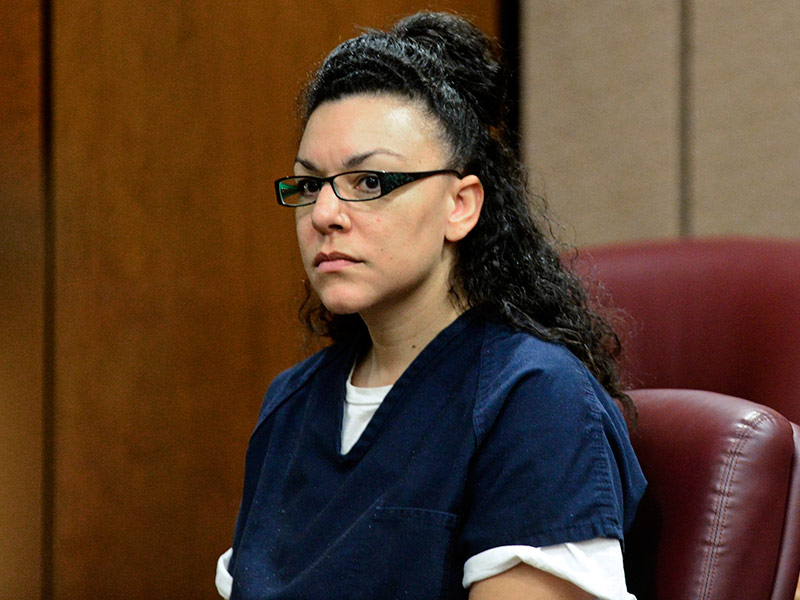 Dynel Lane, 36, was sentenced Friday for cutting an eight-month-old baby out of a pregnant mother’s womb in March 2015. Lane was convicted by a jury in February of attempting to kill Michelle Wilkins, KABC TV reported.

She was not charged with murder for the death of the baby girl, however, because the coroner could offer no evidence that she had lived outside of the womb. The outrage sparked Colorado Republicans to propose legislation making the crime a murder, but the measure was defeated by Democrats. Killing an unborn baby is deemed a homicide in 38 other states.

Prosecutors said Lane had created a false reality, telling friends and family that she was pregnant, posting photos and even giving downloaded ultrasound baby photos to the man she claimed was the father. David Ridley, who lived with Lane, had testified that Lane claimed she was expecting a baby boy, KABC reported.

Lane allegedly lured the pregnant Wilkins to her home with an ad promising free maternity clothes. Wilkins testified that the two chatted for a while before Lane hit, pushed and tried to choke her. Unbelievably, she then used two kitchen knives to cut the baby from her womb.

Ridley rushed Lane and the baby to the hospital after discovering the scene when he came home. He did not know about Wilkins, however, who called police after regaining consciousness.

This vile woman’s sentence is for both attempted manslaughter of the mother and also the termination of the baby. How can the Democrat party NOT see a baby’s life as LIFE? Fetus. Baby. They both grow up to be HUMAN. The left is truly psychopathic…