Brilliant guy calls out the pathological cult-like nonsense.[1] Of course…Liberals will most likely not pay attention…not even to one of the world’s greatest theoretical physicists. If it isn’t what they say is happening..then it’s not happening at all. 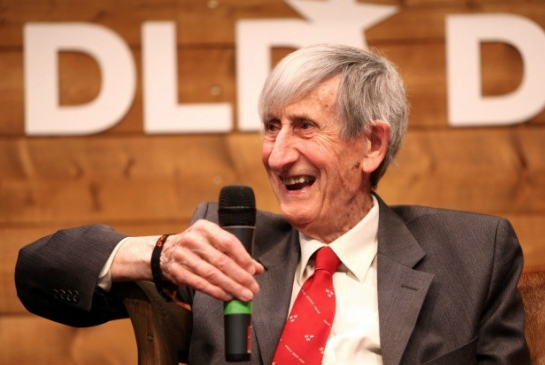 The climate models used by alarmist scientists to predict global warming are getting worse, not better; carbon dioxide does far more good than harm; and President Obama has backed the “wrong side” in the war on “climate change.”

So says one of the world’s greatest theoretical physicists, Dr Freeman Dyson (pictured above), the British-born, naturalised American citizen who worked at [the Institute For Advanced Study] as a contemporary of Einstein and has advised the US government on a wide range of scientific and technical issues.

In an interview with Andrew Orlowski of The Register, Dyson expressed his despair at the current scientific obsession with climate change which he says is “not a scientific mystery but a human mystery. How does it happen that a whole generation of scientific experts is blind to the obvious facts.”

This mystery, says Dyson, can only partly be explained in terms of follow the money. Also to blame, he believes, is a kind of collective yearning for apocalyptic doom.

Maybe a yearning for apocalyptic doom…from some of the people. BUT…from the big mouth in government acting like the sky is falling when it comes to climate control….it is a well thought out distraction. A distraction to keep our focus off the real danger.