As people continue reacting to spoiled, rich, San Francisco 49ers player Colin Kapernick who says he won’t stand up at attention for the National Anthem because the country is racist and won’t let him get ahead — or something — we get a fantastic reminder that not all of us can stand for the anthem because they’ve given so much for this country. 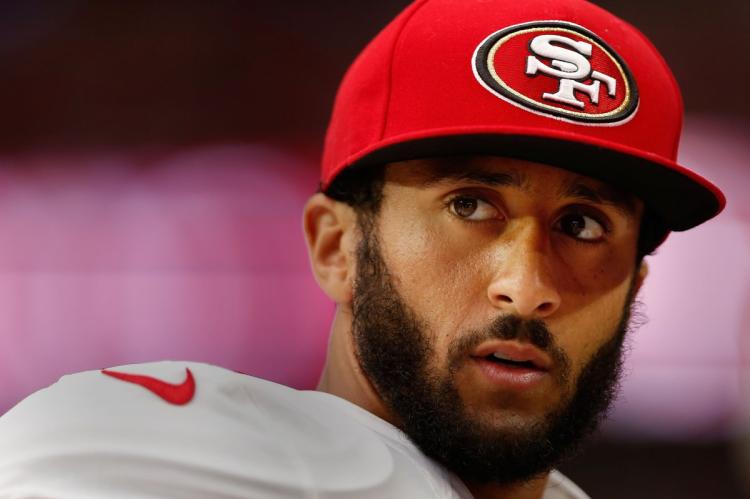 Many are seeing Kapernick’s temper tantrum for what it is, the last scream as his football career winds down…

Colin Kaepernick – another loser attempting to jump on a lifeboat to escape a failed career by pandering to contrived victim culture.

But Nick Short took to Twitter and posted something that really shames this petulant football player. It is a Tweet that shows that others have really sacrificed for this nation…

Kaepernick refusing to stand for natl anthem is his right. Here's a Marine, who can't stand, because he defended it pic.twitter.com/mLjTUPQ2pm[2]

The Marine in the photo, Sgt. Zachary Stinson of Pennsylvania, lost both legs above the knee in an IED blast in Afghanistan in 2010. But as many noted, he still found a way to “stand” when his National Anthem was played

So, let’s recap… while little Colin, gangbanger wannabe, Kapernick was playing his kid’s game, Sgt. Stinson was recovering from grievous wounds suffered in service to this nation.