WOW! Michael Moore Says Obama’s Only Accomplishment is Being Black

Say what Michael Moore? A shocking interview with the most famous liberal of them all states what most of us already think – the ONLY THING OBAMA HAS DONE WAS CROSS THE RACE BARRIER OF THE NATION’S HIGHEST OFFICE: [1] 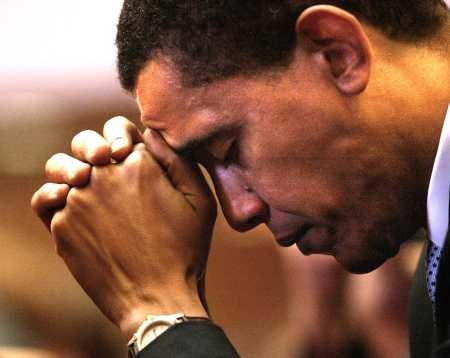 In an interview to commemorate the 25th anniversary of his first ultra-left piece of propaganda, Roger and Me, super-lefty Michael Moore sat and slammed the president as having accomplished nothing in his eight years as president other than simply “being black.”

“When the history is written of this era, this is how you’ll be remembered: he was the first black president,” Moore said during the interview.
“OK, not a bad accomplishment, but that’s it,” he continued. “That’s it, Mr. Obama. 100 years from now, ‘he was the first black American that got elected president’ and that’s it. Eight years of your life and that’s what people are going to remember. Boy, I got a feeling, knowing you, that — you’d probably wish you were remembered for a few other things, a few other things you could’ve done.”
“So, it is, on that level, a big disappointment,” Moore stated.

It’s amazing that I am about to write these words, but I fully agree with Michael Moore on this issue.
President Obama’s legacy will be taught in schools and, sadly, there will likely be few mentions of his disastrous policies that led America to a diminished standing on the world stage. There will be few mentions of his economic policies that condemned millions to poverty and indebtedness for generations. They will gloss-over the radical divisions he helped created between rich and poor, black and white, liberal and conservative; they will simply remember that phrase, “Yes, we can,” and recall to impressionable children that President Obama was simply the first biracial president.

In a way, I am sad that Obama’s only legacy is his skin color. I feel that African-Americans deserved to have real legacy, and a lasting one. I suppose that’s what happens when you support someone on skin color, and not on job qualifications. It’s just as racist to support someone based on skin color as it is to oppose them. I find it interesting that an extreme leftist has to be the one to say this, because, you know, any conservative that did would be a flaming racist. The true ramifications of his presidency – economic & social – will be lost on my grandchildren, who will only be taught by liberal teachers. Truly saddening.
Endnotes: