It’s good to see that someone is taking the ISIS threat seriously. Unfortunately, it’s not America doing it…it’s Russia[1]. 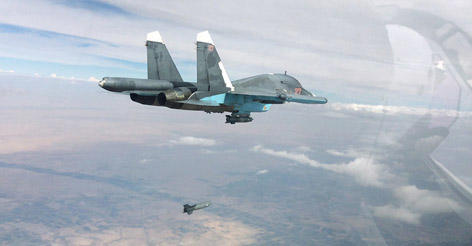 Russian warplanes in Syria have bombed 29 terrorist field camps and other facilities of the militant group Islamic State in the past 24 hours, the Russian Defense Ministry reported.
Trends

The Russian Air Force conducted 64 sorties and hit a total of 55 targets, he said.

He added that the Russian effort has “considerably degraded” the strength of the terrorist forces in Syria.

You can watch some of the attack below. Here’s a question for you though…If President Obama is waging a serious air campaign, why are there 29 ISIS camps left for Russia to bomb?