Oh sure, little miss Sally Do-Good who has never committed a crime in her life has her privacy intruded upon unknowingly and for no reason at all by one of the world’s biggest tech companies, but Hillary Clinton puts all of America in danger by using a private server stashed in her bathroom closet and she gets off scot-free?

What kind of backwards world are we living in? 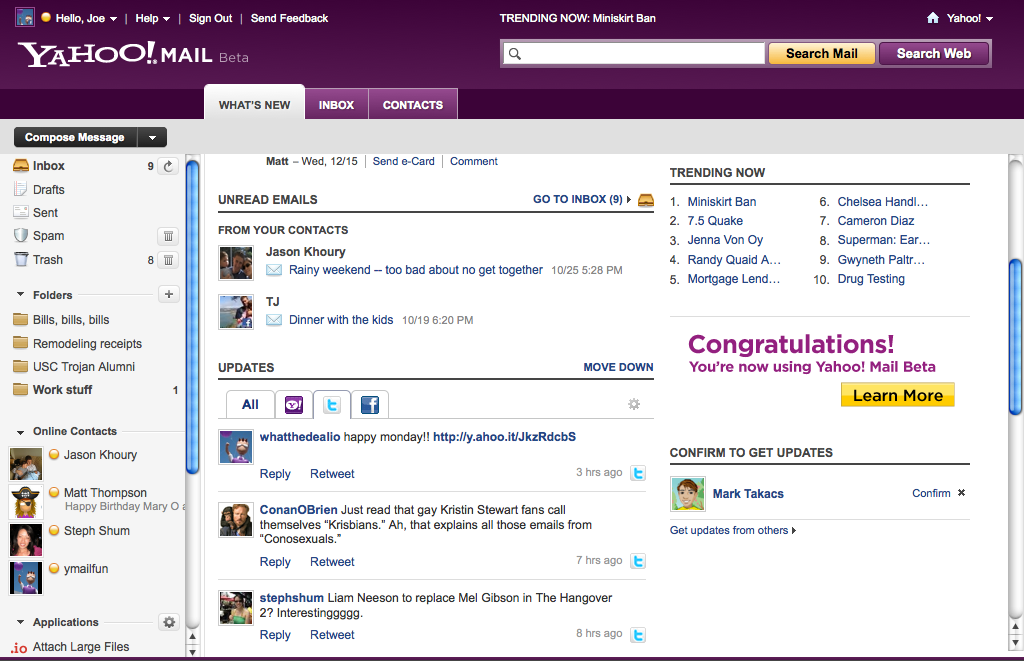 According to Reuters[2], the 2014 data hack isn’t the only thing Yahoo! Mail customers have to worry about.

Yahoo is said to have built a software program that was supposed to scan all incoming emails for information provided to them by intelligence officials. So they did.

While it wasn’t exactly clear what the government was combing the emails for, one employee, who spoke on the condition of anonymity, said that they were looking for a set of characters, which could be a word or a phrase in an email.

It is unknown if this egregious breach of privacy yielded any results, or if the government has approached any other email hosts with this same request.

When asked to comment on this revelation, nobody seemed interested in talking about it. Funny how getting caught doing something wrong will do that to people, despite having convinced themselves that what they’re doing is for the good of someone else.

In fact, the only actual statement that Reuters was able to obtain was from Yahoo and it was essentially a PR brush-off until they can find all the words to make it seem like what they were doing was a good idea.

“Yahoo is a law abiding company, and complies with the laws of the United States.”

That’s right, they invaded the privacy of millions of Americans and all you get by way of an explanation is a digital middle finger. I have two accounts with this company and as difficult as it would be to get all of the information switched over to another email address, I might have to seriously consider it.

This was a sneaky, underhanded and potentially illegal move that was encouraged by the United States federal government who, for all intents and purposes, should know better. You would think our own government would have a better grasp of privacy laws, even if the only reason for knowing them is to get around them.

As much of a convenience as the Internet has been, it’s also been one of the biggest hassles. Maybe it’s time to start moving back toward a less-digital lifestyle.