What would you think of a right that requires a permit to use? It would be ridiculous to say that one has the right to free speech but must first obtain government approval to speak freely, right? That’s the burden that faces millions of Americans who wish to exercise their Second Amendment rights. Thankfully, when confronted with a veto to continue to curtail the rights of their constituents, West Virginia lawmakers pushed-through a veto override[1] to make their state compatible with the Second Amendment. 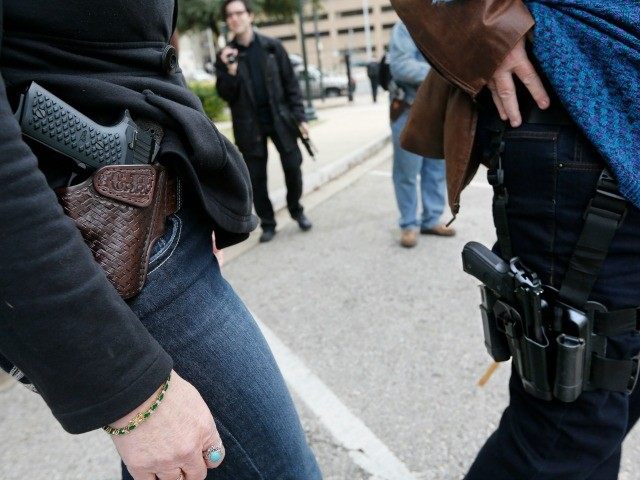 When Tomblin vetoed the legislation–House Bill 4145–he released the following statement:

West Virginia’s law enforcement officers have dedicated their lives to keeping us safe and helping us in times of need, and it’s disheartening that the members of the Legislature have chosen not to stand with these brave men and women – putting their safety and the safety of West Virginians at risk. It’s unfortunate that the concerns of officers from every law enforcement branch in the state, including the West Virginia State Police and university campus police officers, have been ignored by today’s action.

But lawmakers who view the requirement of a concealed carry license as a burden on the exercise of Second Amendment rights saw things differently. WSAZ 3[3] reports that the Senate override the veto by a vote of 23-11.

The Second Amendment is unique as it is the only right outlined in the Constitution that offers a further clarification: the right “shall not be infringed.”

This means exactly what it says; it does not allow for “a little” infringement and laws that prohibit the practical application of the right to keep and bear arms are exactly such infringements.

One need not be thrilled about an armed society; one need not arm himself. However, our rights exist as stated and until such a time that the Second Amendment is repealed on a federal level, laws that dictate when and where (and who) can exercise their rights are shameful hindrances to American freedom.

Thankfully, West Virginia is equipped with principled lawmakers who would not abide such executive tyranny.