You Won’t Believe Why The Feds Insisted Two Somali Muslim Truck Drivers Should Get $240,000

Oregon Bakers are taken to court and charged with $140k in fines for refusing to bake a cake due to their religious standards. Meanwhile…the federal government is doing THIS![1] 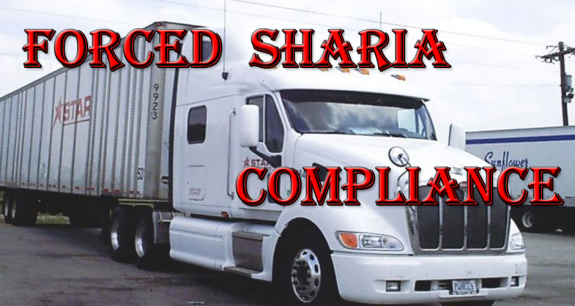 The Muslims said it was against their religion.

Last month, it was a Muslim flight attendant who sued her airline after suspending her for refusing to serve booze. This month it’s two Muslim truck drivers, except in this case, handling booze — which is forbidden under Islamic law — was pretty much their entire job description.

The pair, Mahad Abass Mohamed and Abdkiarim Hassan Bulshale, had the backing of the federal government in their religious discrimination lawsuit against their former employer, who rightfully terminated them for refusing to make beer deliveries.

The Washington Examiner notes that the Equal Employment Opportunity Commission won $240,000 in damages to the former drivers, both of Somali heritage, who were fired in 2009.

The EEOC said that Star Transport Inc., a trucking company based in Morton, Ill., violated their religious rights by refusing to accommodate their objections to delivering alcoholic beverages.
“EEOC is proud to support the rights of workers to equal treatment in the workplace without having to sacrifice their religious beliefs or practices,” EEOC General Counsel David Lopez announced Thursday. “This is fundamental to the American principles of religious freedom and tolerance.”

If this isn’t a clear sign to folks that something VERY wrong is going on…then it’s going to be too late before they do.