Whether you like ‘Duck Dynasty’[1] or not, you have to admit that there is a lot of respect due here. I have a hard time imagining any other reality television stars doing anything like this. 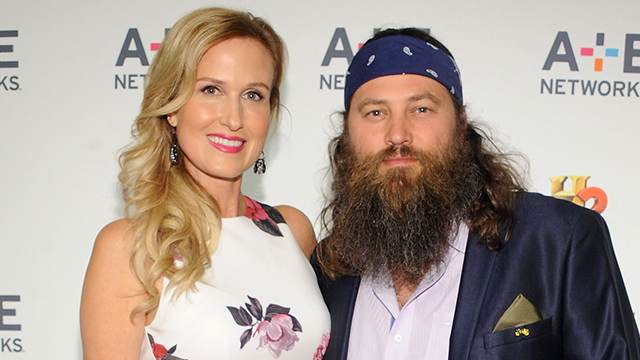 Liveactionnews.org is reporting [3]that the theme of this year’s Duck Commander 500 NASCAR race in Texas is “Drive Adoption.”

The Duck Commander 500, which takes place April 9 at the Texas Motor Speedway in Fort Worth, is sponsored by Duck Commander, the company founded by “Duck Dynasty” star Phil Robertson.

Adoption has played a large part in the Robertson family: Kori and Willie Robertson have three adopted [4]children, and Jep Robertson and wife Jessica adopted [5]a son in 2015. The race will feature appearances by Willie and Korie Robertson, and special ticket packages are available that include a donation[6] to Speedway Children’s Charities.

A press release[7] from the Texas Motor Speedway reads:

Adoption has touched the family of Duck Commander CEO Willie Robertson and his wife, Korie. The family, from the popular reality show “Duck Dynasty,” has welcomed three children into their family through adoption and continues to be advocates for the process. The most recent addition was Rowdy, who they met at last year’s Duck Commander 500 through a local adoption agency.

“Last year at the Duck Commander 500 – in between the hectic rush of press conferences, riding in pace cars, and announcing, “Ladies and gentlemen, start your engines” – Willie and I walked into a quiet, little room and our lives were forever changed when we met the 12-year-old boy who would soon become ours,” Korie Robertson recalled of that special day. “It is in honor of that special meeting and the millions of children around the world who are still waiting to find a family to call their own that we have decided to dedicate this race to the cause of adoption.”