The idea of racial segregation on campus might sound like an old-fashioned idea from the Jim Crow era. Liberals would like to paint conservatives as being the main group that thinks such segregation to be appropriate social policy.

So imagine my surprise when I read that UC Berkeley[1] will open up racially segregated housing on campus for the fall semester. 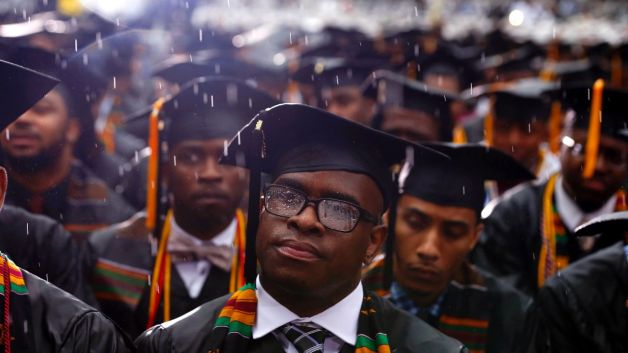 Remember when blacks and whites protested together and marched together and fought and literally died together to break down racial barriers in this country, end segregation, and secure civil rights for people of every color? Good times. But in the new era of post-racial unity ushered in by the nation’s first black President, segregation is making a comeback — in the halls of perhaps the most Progressive-minded university in the country.

The College Fix reports that this fall semester, the UC Berkeley Student Cooperative will convert the existing Andres Castro Arms co-op into a “Person of Color theme house.” Its goal is “to increase inclusivity for low-income students and students of color.”

According to the Daily Californian, in May 2014, the BSC Board of Directors established a Demographic Inclusion Task Force to explore ways in which the BSC could “foster a safe space where students of color feel comfortable expressing themselves and their cultures,” said DITF chair Skye Ontiveros. It discovered that not all students of color felt welcome in undergraduate houses dominated by white students. Some felt they could not cook their traditional dishes in the co-op kitchen or that their cultures’ music was not accepted in the common room.

“It’s meant for people of color. It’s not meant for folks who… want to be an ally or… want to learn about different cultures.”

The Person of Color theme house will be founded on three pillars: cross-cultural exchange, academic and professional support, and anti-oppression and allyship. Members will be expected “to dedicate five hours to the community per semester by holding or attending workshops dedicated to these pillars.” Possible workshops include inclusivity training, but remember: to Progressives, inclusivity means the exclusion of whites and conservatives.

Do you hear that? And groaning noise? Yeah, that’s MLK rolling in his grave.