Would we expect a big fat juicy burger to be cooked by a vegetarian chef? No, highly unlikely… however, it’s a different outcome when it’s a baker whose beliefs conflict with baking a cake for a gay couple’s wedding. Now, we got that happening, AND Michelle Obama is being a total punk about it…once again becoming part of the problem and not the solution. 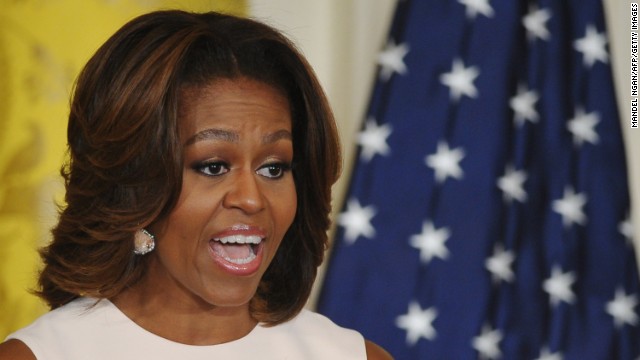 The Obamas respect to Islam and the rights of Muslims to discriminate as they choose. It’s different when Christians in Mississippi pass a law that reinforces their religious freedom to live and respect their own values. That’s when the shemale Godzilla invites herself to town and goes into attack mode.

She belittled them as being intolerant and with the full array of the usual leftist tripe. It’s not like there’s a shortage of bakers willing to make cakes for homosexual weddings. It’s about homosexuals having an agenda of their own which is based in their own intolerance, and desire to force others to recognize them and their lifestyle as normal. That is intolerance but it is only the intolerance of perversion which is unacceptable to the left. The homosexual intolerance of normal Christians is to be praised and admired.

The “First It,” the domestic partner of the ‘First Illegal Alien” pretend “president” gave a commencement on Saturday at Jackson State University, in Mississippi. (S)he was standing in front of a group of graduates, but the message was to those misguided normal people, those Christians, an attack on them and their insensitive “religious freedom” bill.

Yea, truly though, who in their right mind has time to listen to the hot air that comes out of her mouth? Everything is about race or gender with the woman. It’s nuts.