To a liberal, there is a hierarchy of legitimacy when it comes to discussing issues. Those who can play the “victim card” are able to shout-down any who do not hold such cards. Recently, a CIA analyst had his opinion about the Middle East outright dismissed as irrelevant by a Muslim commentator because he was a white person[1] and it seemed to have escaped her just how outrageously racist that truly is. 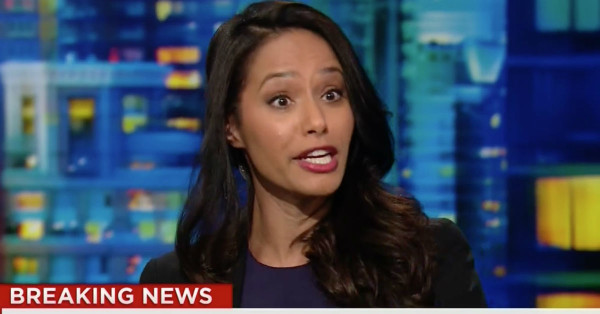 The left continues to maintain a startling hypocrisy on cultural and racial issues. To liberals, racism spewed at white people is a form of courageous social justice. For white people to highlight certain cultural or racial issues afflicting America, however, is intolerable and will be shouted-down with accusations of bigotry.

One such example occurred on CNN recently[3]. As a panel discussed the issues surrounding Islamic terrorism and the threat such terrorist endeavors poses to Western nations, political commentator Rula Jebreal lashed-out at former CIA analyst Buck Sexton and made the outrageous claim that white people cannot understand Islamic culture.

Sexton replied that he knew exactly what he was talking about.

“Respectfully, I served in Iraq and Afghanistan targeting people that were doing beheadings, that were building suicide vests. I mean, so I was doing that at a very specific level.”

At this point, one should expect that Jebreal would back-off and admit that the former CIA analyst knew a thing or two about terrorism, right?

However, that’s not how the left works. When cornered, they do no submit but, instead, lash-out with racial rhetoric. After some arguing back and forth, Jebreal dismissed Sexton’s analysis of that of a white man, and thus, irrelevant.

There are few things so racist as the idea that a knowledgeable professional should have his analysis dismissed because he’s not the “right” skin color.

One could only imagine the justifiable outrage that would ensue if the inverse had occurred, if Jebreal was belittled and dismissed because she’s a Muslim and cannot possibly comprehend the geopolitical issues at hand.

Still, evidently, it’s okay to belittle a white commentator, so long as it’s prefaced with “all due respect.”