You’ve Got To Be Kidding: Ebola Czar Missing From First Meeting; Won’t Start Job for Five to Six Months

As if it isn’t absurd enough for the President appoint an Ebola Czar with NO medical background and a sketchy legal history, but we’re now learning that he won’t be starting his job for five to six months.[1] Is there no sense of urgency with these people? 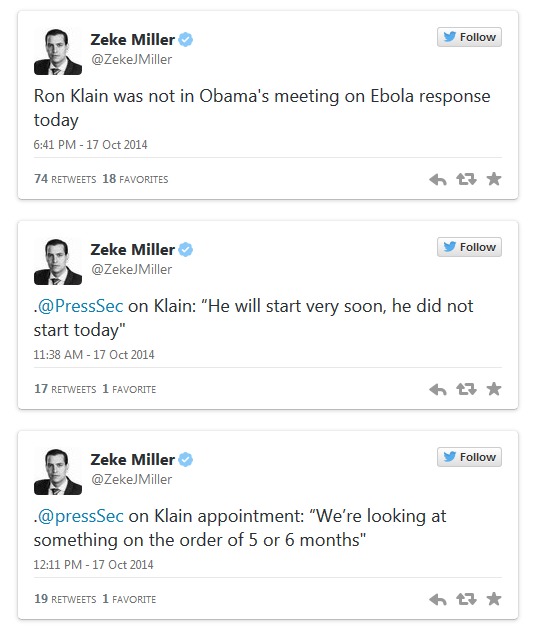 This is a joke, right? We could have 5,000 infected in five or six months…

If we could have a virologist who knows what he or she is doing in charge of the Ebola situation, we’d all be better off, I believe. We need common sense protocols, quarantine methods, and we need to stop importing foreign Ebola patients. Send our aide workers over to the affected countries, have them treat the victims, then quarantine them for a month to make sure they don’t exhibit any symptoms before bringing them back to America