Zombie Cat Killed by Car Rises from the Dead

This story is like something out of a freaky movie about a pet cemetery. Bart the cat was buried by his owner after he was hit by a car and left for dead… but days later he was discovered to have clawed his way out of that grave[1]. 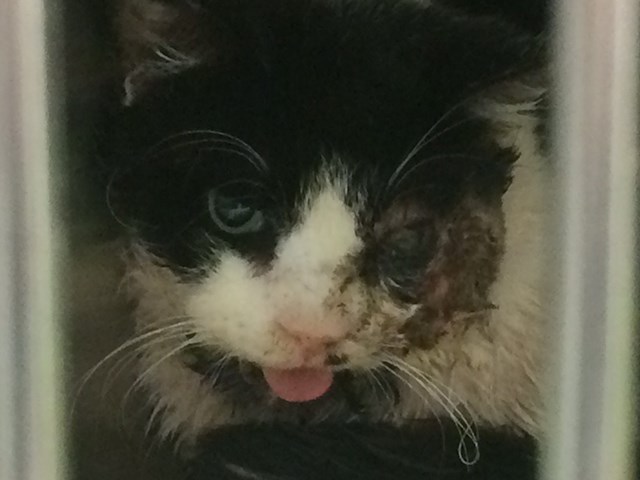 The cat showed up in neighbor’s yard, meowing back to life, The Humane Society Of Tampa reports.

Bart was rushed to the animal clinic where workers at the Humane Society stabilized the him.

The Humane Society told FOX13 the kitty had suffered severe head trauma, a broken jaw and lost sight in one eye.

FOX13 reports, rescuers say they believe he may have regained consciousness, dug himself out of the ground, and hid for a few days.

He is expected to survive the ordeal.

Soooooo congratulations to Bart the cat but I just hope people don’t start burying other deceased animals there because Pet Sematary scared me for life.